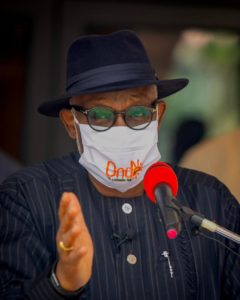 The Governor of Ondo state, Arakunrin Oluwarotimi Akeredolu, has granted amnesty to 28 inmates of the Federal Correctional Custodial Centres. This gesture was done in commemoration of this year’s Democracy Day and also in accordance with the provisions of Section 212 of the Constitution of the Federal Republic of Nigeria, 1999 as Amended.

Thirteen inmates serving various terms of imprisonment were pardoned having served substantial portions of their sentences. Also, ten condemned inmates had been convicted and sentenced to death by hanging while the remaining five of them had been convicted and sentenced to life imprisonment. This was revealed by the Chief Press Secretary to the Governor, Olusegun Ajiboye who also said that the Governor advised all pardoned inmates to turn a new leaf and abandon criminal activities.