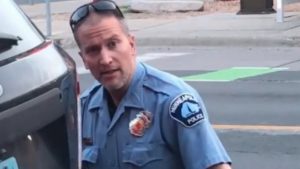 The former Minneapolis police officer whose face was captured on video as the one who knelt on the neck of George Floyd has been served with the divorce papers from his wife, Kellie Chauvin. His wife has spoken through her attorney and sympathized with the deceased’s family, his loved ones and everyone her former husband has caused grief.