Meghan Markle is narrating a new Disney documentary about elephants. 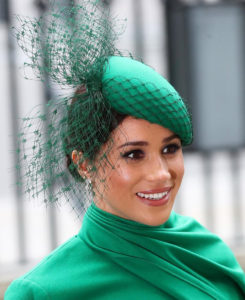 Markle is narrating Elephant, a new DisneyNature documentary that will be available to stream on Disney+ beginning on Friday, April 3.

According to the trailer, Elephant “follows one family’s extraordinary journey across Africa on an adventure that will change their lives.” The trailer’s gorgeous footage shows a glimpse of the elephants’ trek across the Kalahari Desert.

Elephant premieres alongside Dolphin Reef, which follows a similar nature-based migration tale, but focuses on dolphins. “Two powerful stories that show just how far family can take you,” read a press release from Disney+. And while Dolphin Reef does not feature the Markle’s dulcet tones, it still has major star power: The documentary is narrated by Natalie Portman.