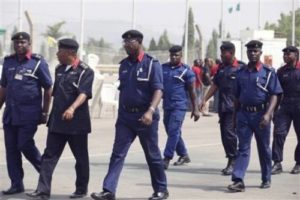 A member of the Nigerian Security and Civil Defence Corps has been accused of raping two underage girls.

According to reports, the girls, aged 10 and 12, were lured into his apartment where he raped them at different times in Nembe-Bassambiri community in Bayelsa State.

The case had been reported to the police in the area.

According to the victims’ mother, the incident was already causing the children psychological trauma.

Meanwhile, the command has confirmed that it received a report regarding the alleged defilement of two underage sisters in Nembe by one of its personnel.

In a statement, the command’s Public Relations Officer, Diri-Ogbere Solomon, stated that the NSCDC was on top of the matter and that if the information was found to be correct about the alleged crime, the suspect would face the full wrath of the law.

He stated that the situation was being handled appropriately as disciplinary measures were being instituted, adding that the agency would not hide any of its personnel found to have committed such a crime.

Why we invited Italian who brought coronavirus ...