NIGERIANS REACT TO BABCOCK’S STATEMENT ABOUT THE LEAKED SEX TAPE, DEMANDS THAT THE EXPELLED FEMALE STUDENT IS CALLED BACK 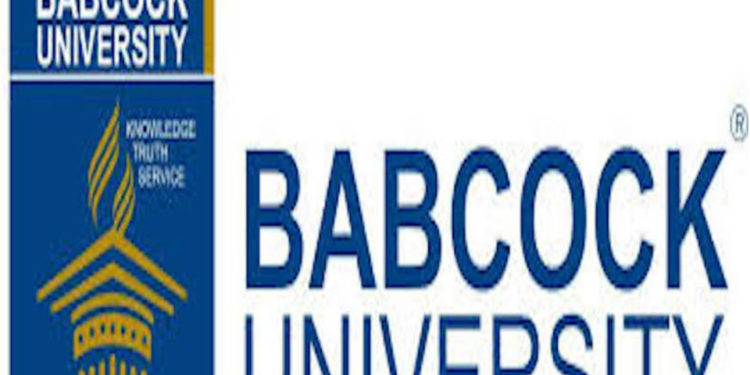 The management of Babcock University has responded to the sex tape incidence that happened between two of its students.

On Wednesday, November 21, the sex tape of an unnamed young lady, who is also a student of the university, went viral. The video generated a lot of conversation among Nigerians online.

An official statement from the school’s social media page explained that the video is a stain on the image of the institution and they are committed to the highest morals.

According to Babcock’s director of communication, Joshua Suleiman, the boy in the video had been expelled from school because of misconduct. The unnamed lady was his girlfriend and a 300 level Accounting student until the video leaked as she has been expelled.

Suleiman said that the video was not recorded in school. According to him, the unnamed lady said that it happened in April during a break from school.

Shortly after it was realized that the video was not recorded in the school premises, many Nigerians are calling out the University for expelling her.

According to many, the lady did not flout any school rules and should be called back to resume her studies.

Read the reactions of some Nigerians below:

I don't understand.
1. A sex happened off campus
2. The sex was during vacation, off the jurisdiction of #Babcock University
3. Are all students tested for sexual intercourse after holidays?
4. Having sex off campus and off semester is the girl's private life #miakalifa

It's only those that don't value time that would support wasting someone's 3 years of university education because of an old sextape that doesn't concern the school!

I hate immorality, and I'm sure we all do, as long as nobody "caught us". Hypo-whaa? #Babcock#miakhalifa

But imagine if Babcock came out with a press statement saying they will be taking court actions against people who leaked the video and support the lady in question to justice against those who are using it to shame the lady. #babcok

Just catching up with this Babcock University story. So the public embarrassment is not enough, the school had to expel her? Pls if anyone knows the girl personally, let them reach out. My friends and I are committing to get her into another school!

My own take on this #miakhalifa issue. Babcock university have no right to expel this girl, since d incident didn't take place within d school premises. She have d right to have sex. This kind of unnecessary expulsions in Nigerian private universities should be stopped. #babcok pic.twitter.com/zKwhHf15gH

If this is as true as they say that it happened on holidays, I think the punishment is totally gross and undeserved. No rule says don't fuck on vacation. Babcock won't have students if they had a glimpse of what other students did #babcok

The event took place outside the school during vacation. This outrightly means she was expelled for having sex as a babcock student? And they have the guts to say in their last statement that they are contributing to the greatness of the nation ???? #babcok #babcock #miakalifq pic.twitter.com/ZxDtvq57Fq