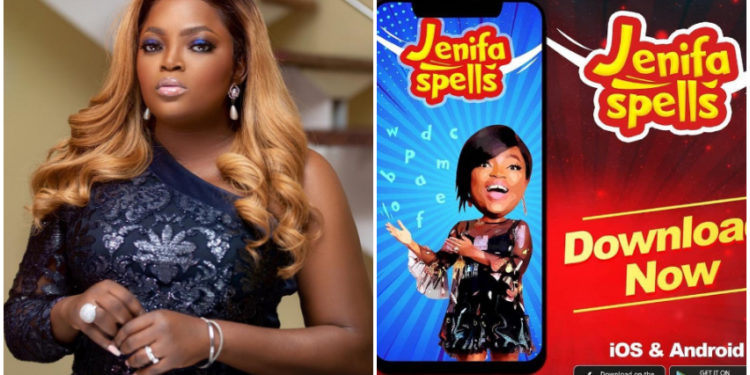 It’s a few weeks to the end of 2019 but Nollywood actress Funke Akindele-Bello is still grabbing the money bags, as she recently launched a game application.

The actress shared the news about the game on her social media page, noting that it was built by her husband, Abdulrasheed Bello.

According to her, JENIFA SPELLS is a simple and engaging word game where players can help Jenifa spell words correctly and is an extension of the Jenifas Diary franchise.

The game was inspired from her role in her TV series, Jenifa’s Diary. In the series, the mother of two is known for speaking bad English. To help her correct her bad grammar, Funke launched the game.

Congratulations to the actress.

Hello my darling #jenifans !!!!!!!! I hereby introduce you all to the JENIFA SPELLS GAMES. JENIFA SPELLS is a simple and engaging word game where players can help Jenifa spell words correctly. The game is an extension of the Jenifas Diary franchise. #jenifaspells is designed by my darling husband @jjcskillz ABDULRASHEED BELLO I’m sure you all will enjoy it. The #jenifaspells game is available for download on Android and iOS App Store. Click on the link in my bio to download. #funkeakindelebello #jenifagames