GETTING STUCK DURING SEX IS NOT JUJU, ITS PENIS CAPTIVUS- NIGERIAN WOMAN SAYS AS SHE SHARES MORE ABOUT IT 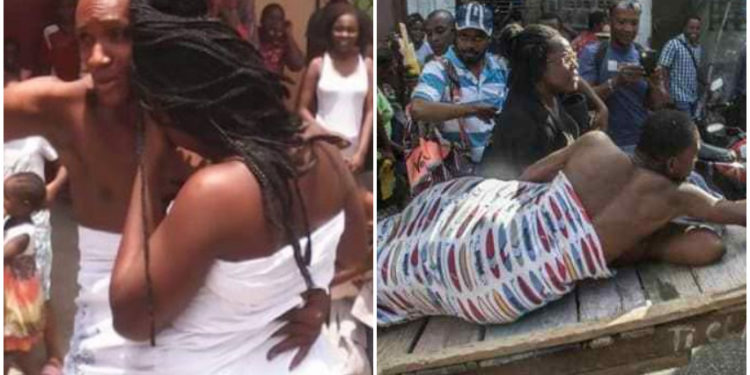 Over the years, we have heard stories of two people getting stuck during sex. However, these stories are usually about unfaithful couples getting stuck to their partners.

In the Yoruba tribe, it is believed that if a woman cheats on her husband and gets stuck to the man she cheated with, her husband may have laid thunderbolt, popularly known as “Magun” on her.

While this is widely believed, a Twitter user identified as @Nnadede_1, is refuting the claims. According to her, getting stuck during sex is natural. She shares the causes and the remedies to such situation.

Read her tweets below:

It's not village people, juju or charm.
Penis captivus is a rare occurrence during sexual intercourse when the muscles in the vagina clamp down on the penis much more firmly than usual, making it impossible for the penis to be withdrawn from the vagina. pic.twitter.com/Un4Ygv6G6H

Penis captivus occurs more frequently in animals than it does in humans. And it’s not uncommon to see animals that “are stuck together” after sex, particularly dogs

If a partner feels penis captivus starting to happen, they should try to stay calm. Added stress can lead to more muscular tension, which can make the phenomenon last longer. It is important not to try to force the penis out of the vagina. Doing so can hurt one or both partners.

It is also important not to try to open the vagina or pry the penis out manually. Taking deep breaths may help both partners become or remain calm. Distracting each other or making a joke out of the situation can also relieve the tension and reduce arousal in the genitals.

“I must tell you it is no myth,” wrote one woman who asked to remain anonymous. “It happened to my late husband and myself one night. He literally could not withdraw…I attributed it to the intensity of the vaginal muscle response during orgasm.”

GOD CAN BLESS US WITH CHILDREN IN ...