LONDON: Zimbabwe Fashion Showcase has always been a place of effortless style, class and an overflow of talent, and this year was no different.
The tradeshow, which ran under the theme #ThisIsAfrica, yet again redefined what a fashion show can be when you step outside of the norm. The organisers captured the audience with their out of the box creativity and imagination, coupled with a fine- dining experience.
For a second year running, the team did away with the axiomatic catwalk – holding it in one of the most exclusive private clubs in the UK that offered a unique, magical and perennial enclave to dine, entertain and party.
Awe-inspiring designs
This edition saw breathtaking craftsmanship and meticulous creations, with standout designs from Samuel Kaiser’s innovative collection which was inspired by the Amasunzu, a creative and unconventional traditional Rwandan hairstyle that dates back to the 20th Century. While it was banned because it was considered pagan, it remains a symbol of pride worn mostly by Rwandan men and young unmarried girls. It also represented different roles and stages in the life of women and men.
Samuel, dubbed the ‘comeback’ king, lost his entire collection in January worth approximately £500,000 in a suspected arson attack, weeks before he was due to showcase his work at Paris Fashion Week. However, his signature piece, created using reusable materials, left the audience awestruck. The on-trend ‘architectural’ dress, inspired by Queen Elizabeth 1, showed his inexhaustible imagination that pushes the boundaries of fashion.
Isabella Sitsha also made wearable art look like the next best thing. With designs inspired by her home country Zimbabwe, her Woman collection emphasised why avant-garde designs are such a popular, experimental and unorthodox form of art that never lose their place in the fashion industry.
Millicent Poku, who turned her hobby of sewing into a business, made the collection she produced in just over a week look like absolute perfection. Each piece custom- made, timeless and effortless. In a few more years she has the potential to stand at the pinnacle of the African fashion market.
Sandra Chinogurei’s bridal wear is an example of a contemporary bridal brand that pays painstaking attention to detail. Each design exuded class, style and elegance. Her bridal jumpsuit was edgy and perfect for a woman wanting to step away from the traditional wedding gown experience.
Chipo Musa’s 18 years as a crochet designer allowed the audience to take in all the intricate swimwear pieces. All carefully handmade in different colours and styles. Her collection was playful and brought variety.
This is Africa brought showstopper moments
For four seasons ZFS has had riveting shows and this year they stepped it up a notch, adding an auction to the programme presented by auctioneer Sam Onigbanjo.
Sam left the audience in stitches with his sense of humour, while masterfully persuading them to bid for a good cause. The auction raised approximately £2500 and all proceeds will go to DVIP- Domestic Violence Intervention Project.
The charity has been supporting women and children for 25 years and ensuring those affected by domestic violence are able to seek help. With a cross-functional team across London, they support women, children and families.
Some of the auction items included six medical-grade skin peels sponsored by Dr Mary Thompson. This prize was sold for over £500.
Mimi’s Organics sponsored a range of skin care products. Aloe4life put together a hamper of aloe Vera products, while Golden Image Spa were giving a lucky winner a spa and sauna experience.
Chiedza Ziyambe also sponsored a large hamper with items that had a personalised House of Hohwa jacket designed by one of last year’s showcasers, Kuda Matiza. It also had skin products and three pairs of shoes which sold for £200. Other prizes donated included a hat from Milliner Rose Collins and a hamper from Olinda Chapel- Nkomo.

Hosted by musician and TV presenter, Ben Ofoedu and Tidi Kwidini, the co-hosts brought life to the event and kept the audience entertained and engaged. The former Phats & Small singer also performed two of his popular hits – Turn Around and Feel Good, leaving attendees wanting more.
If there ever was a celebration of art in all its forms, this fashion show covered all bases, with multi-talented saxophonist, Jermaine Jones performing almost every genre you can imagine – who knew afrobeats could sound so sultry on the saxophone – now we know.
DJ, Welly Tee’s wide range of music and ability to gauge what the audience wanted to hear set the tone and guests enjoyed moments in between on the dance floor, with tunes ranging from Mafikizolo, Winky D and Lady Smith Black Mambazo.
This year’s event took place at Tramp which has for half a century hosted illustrious guests such as Frank Sinatra, The Beatles, Naomi Campbell, Drake and Rihanna.
Sponsors and partners included Molah Media, Loma Media, Peter Cripps Photography, Tichpfupsphotography, Retreat 2 Relax and Bespoke Petals & Events.
Next year’s event is scheduled for 26 September 2020. Designers are encouraged to start sending in their portfolios to [email protected] 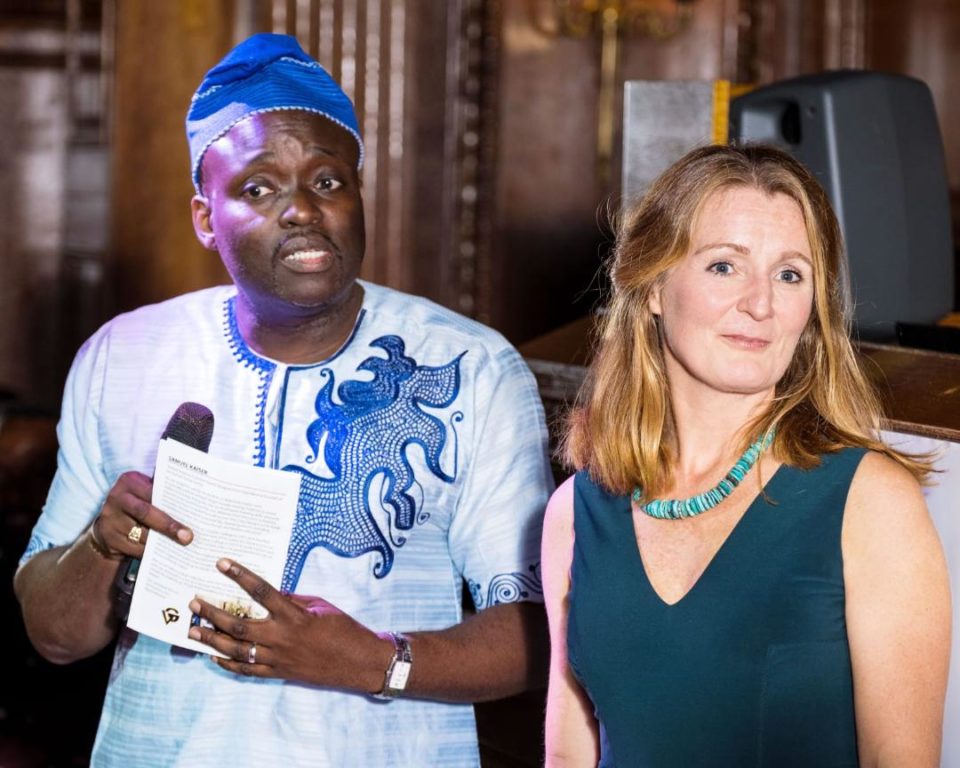 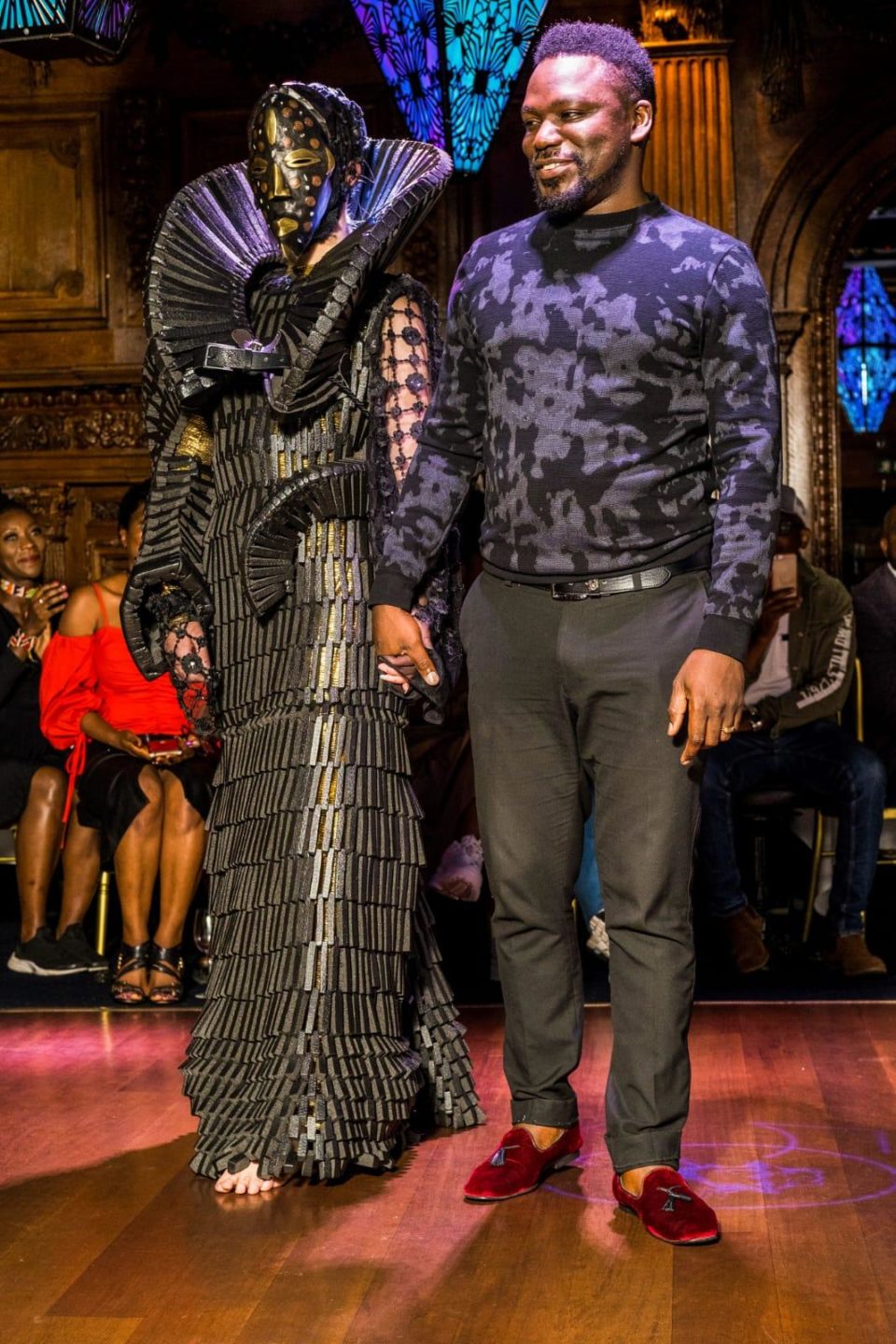 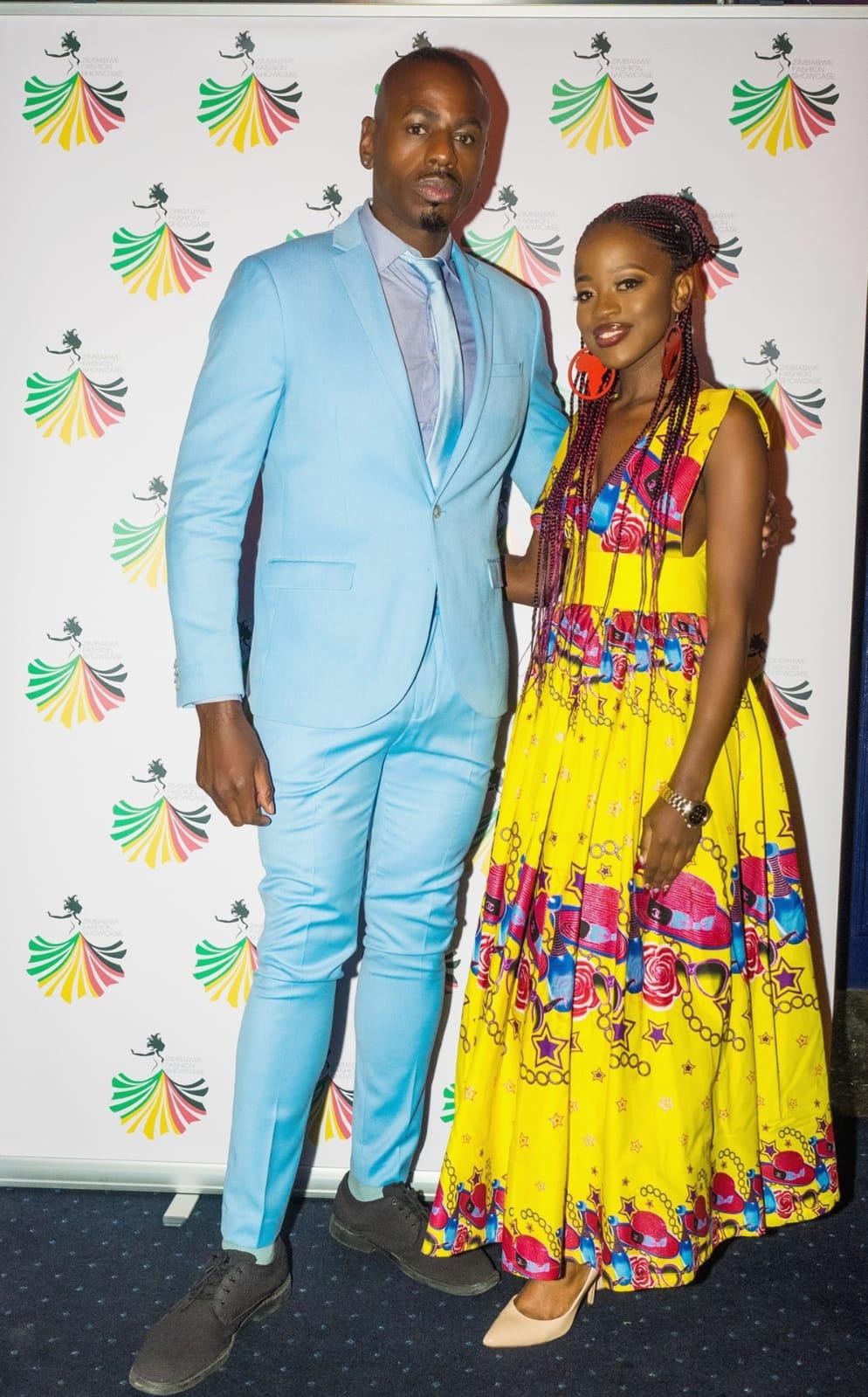 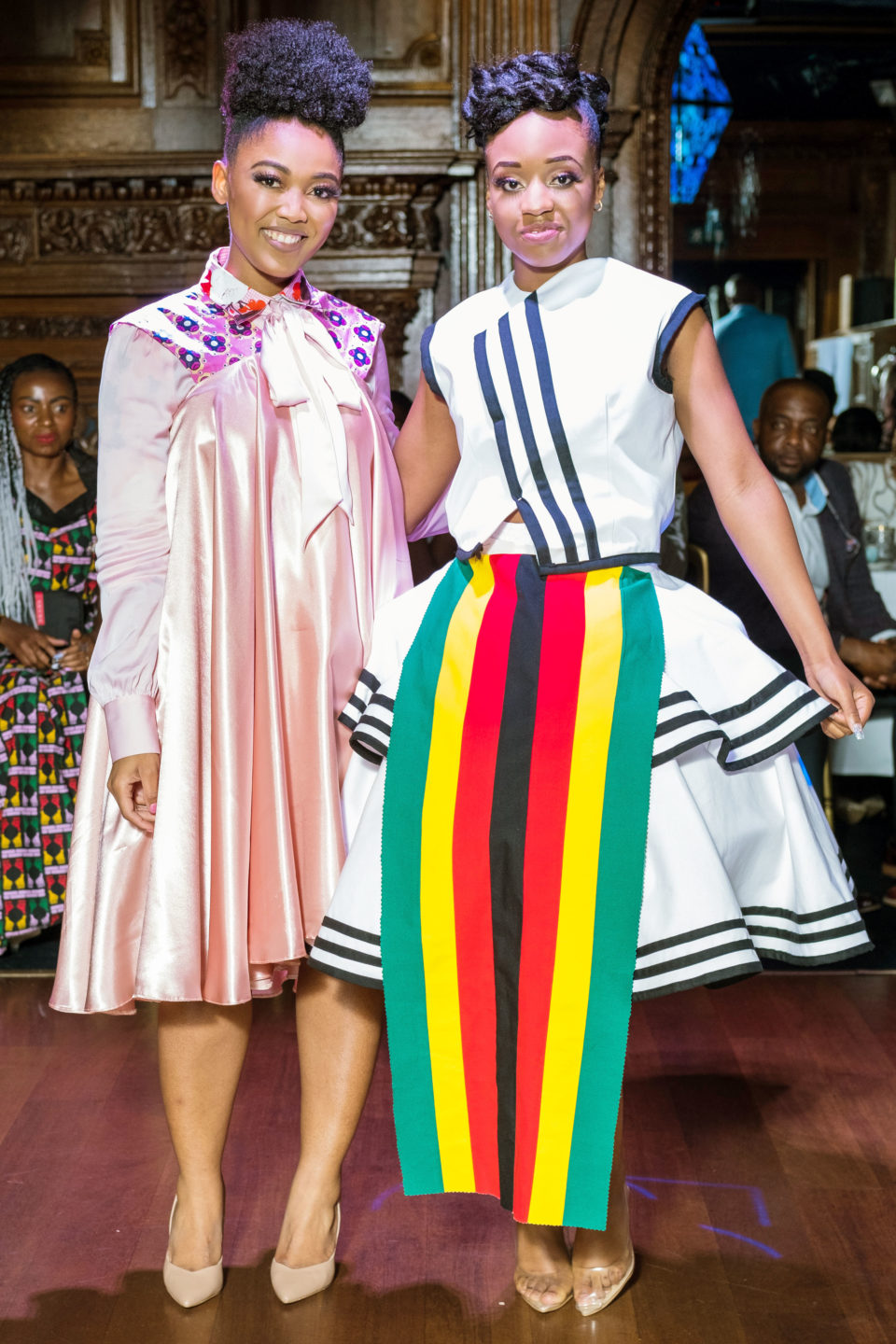