Dammy Krane Arraigned In Court Over Disagreement With Betting Company

Johnson Oyindamola, popularly known as Dammy Krane was arraigned before an Igbosere Magistrates’ Court in Lagos by the police today September 16th on a three-count charge of threat to life, defamation as well as conduct likely to cause a breach of the peace.

According to reports, he was accused to have threatened to attack staff of betting company; MerryBet, both verbally and online after a business deal between them turned into a disagreement. 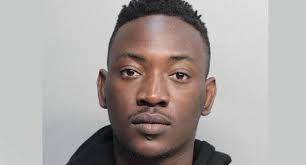 Police Prosecutor, Insp. J. I. Enang, mentioned that the singer attended a betting competition held on July 29th at Cool FM in Lagos and organized by the company and went out of control after he lost. He also added that Dammy Krane went on to post a video on the internet accusing the sports MerryBet of owing him.

In a later development, Dammy Krane’s lawyer, Adebayo Oniyelu, asked the court to grant him bail with a promise that as a public figure, the singer will not jump bail.

The Magistrate, Mrs Folashade Botoku, granted the singer bail in the sum of N50, 000 with one surety in like sum.

The case was then adjourned till October 11th

Chimamanda Adichie’s Americanah To Be Adapted Into ...