South African actress; Nomzamo Mbatha would is set to feature in the sequel to paramount 1988 classic; Coming To America. She would also be joined on set by Garcelle Beauvais, a fellow actress.

The movie would also feature new and old characters from its first edition. Some of the old actors expected to reprise their original role include; Arsenio Hall, James Earl Jones and Shari Headley, while they will be joined by Tracy Morgan, Wesley Snipes, Leslie Jones and KiKi Layne and many others.

According to reports, Paramount has set the movie release date to December 18, 2020. Excitedly sharing the news on her Instagram page, she said; 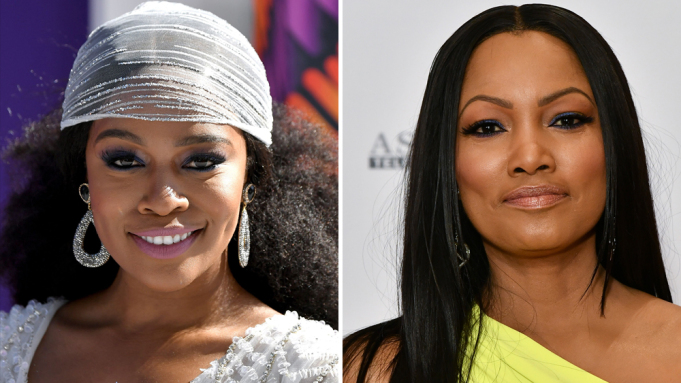 “Jer 29: 11-13 From KWAMASHU to the WORLD. My GOD is BIG, LIMITLESS and He is MIGHTY and my angels in heaven are the hardest working team. For the past couple of weeks I’ve just been having an OUT OF BODY experience just looking at Zamo’s life like, haibo sisi … UWENA LO? *claps once*.

Nomzamo is #Coming2America. I found out on my grandmother’s birthday and I’ve been numb ever since. Anxiety has been eating at me. it’s worse now that the news is out!
I’m just honored to be a part of this INCREDIBLE AND HUGE classic of a film. It’s going to be a fantastic couple of months in Atlanta telling this story and being surrounded by the most INCREDIBLE collective of actors and living legends… UNREAL. Just… WOW! GOD WILL HUMBLE YOU. BELIEVE HIM.

Thank you to my team Krystal, Pumza, Nick, the team at Pantheon and my attorney Barry for being AMAZING, to Paramount, Leah, Craig and the entire Executive Producers Team for believing in my Light and abilities and giving it such a role to let it shine. Now. BACK TO ZAMUNDA.