The cyberspace has gone agog over Davido’s exclusion from the most talked about album of the season-Beyonce’s The Lion King, which was dropped today 19th July.

On the 14 track album, Beyonce featured African acts such as Mr Eazi, Tiwa Savage, Wizkid and Shatta Wale. Davido’s non-inclusion no the album, seemed to be coming as a shock to many Nigerians as they reacted thus; 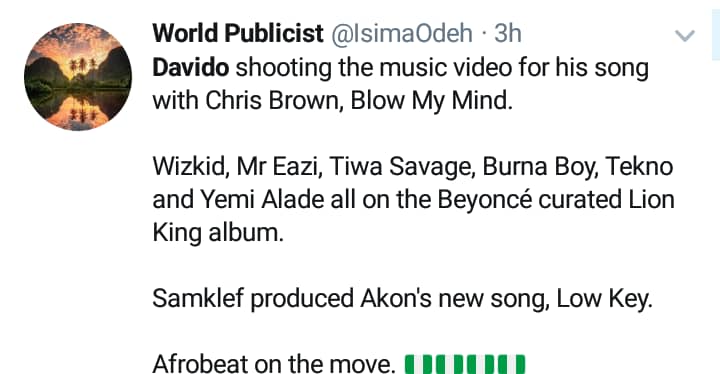 “Hiring The Wrong Team Would Affect Your ...