American rapper; Nipsey Hussle, whose death shook the entertainment scene around the world, would be given a posthumous humanitarian award at the upcoming BET awards which would hold on the 24ht of June 2019.

The news of the award was announced on Thursday, last week, by the head of programming at BET; Connie Orlando. She said in a statement; “As a prolific artist and leader, Nipsey Hussle was zealous about driving change for the betterment of his community, empowering and employing those in need and being an influential and highly respected leader…..“We are forever grateful, humbled and honoured to have experienced his presence and we are invested in doing our part to ensure that the marathon will indeed continue. It is an immense honour for us to recognize him with this year’s Humanitarian Award.” 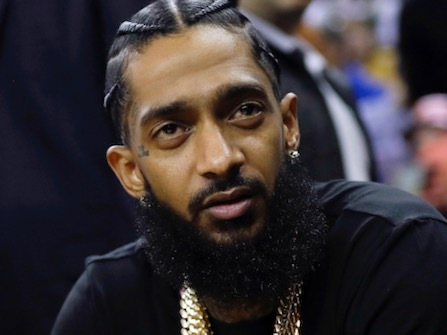 In 2018, Hussle performed at the 2018 BET Awards pre-show with YG. Before his death, Nipsey had opened a co-working space with science and technology or the youth.

#MondayMotivation: How To Stay Motivated At Work