Trump Labels Meghan Markle As Nasty Ahead Of Royal Visit

The President of the United states of America; Donald Trump, in a comment expressed in an interview, has labelled the Duchess of Sussex comments about him.

Earlier in 2016, the former Suits star has mentioned that Trump was a misogynist, while candidly supporting his rival in the elections; Hillary Clinton. She said; 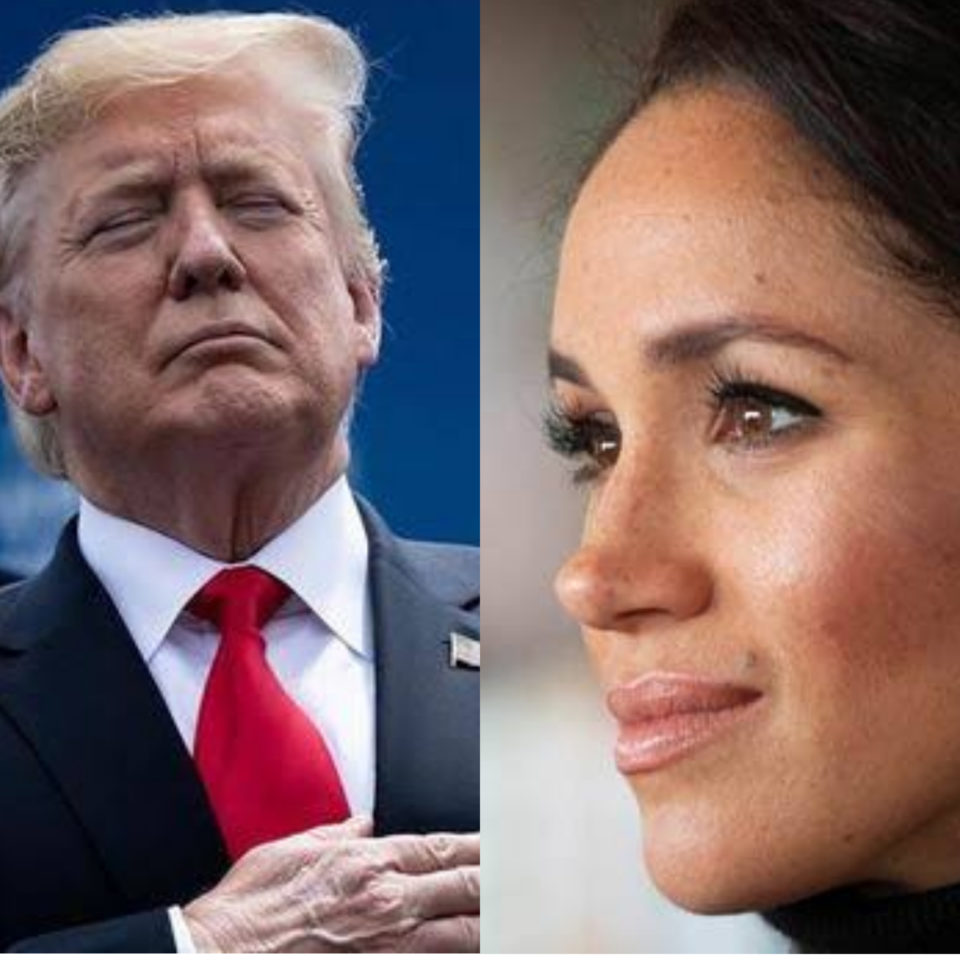 ‘We film Suits in Toronto and I might just stay in Canada. Yes, of course, Trump is divisive, think about female voters alone. I think it was in 2012 the Republican party lost the female vote by 12 points. That is a huge number and with as misogynistic as Trump is, and so vocal about it, that is a huge chunk of it. You’re not just voting for a woman if it’s Hillary. Yes you’re voting because she’s a woman, but certainly Trump has made it easy to see that you don’t really want that kind of world that he’s painting.’

In a response to this comment, Trump added;  ‘I didn’t know that. What can I say? I didn’t know that she was nasty.’…It is nice, and I am sure she will do excellently. She will be very good. I hope she does (succeed).’