The Unmissable Frenzy Begins: Puyol Is In Nigeria!

In a group photo with Jay Jay Okocha, Mutiu Adepoju and Xavier Aguilar at the Lagos Airport, the ex-Barcelona captain, Carles Puyol confirmed his arrival in Nigeria with a post on Facebook.

With thousands of fans taking to social media to express their thrill, super stars and celebrities like Tiwa Savage, Uti Nwachukwu, Folu Storms, Colin Udoh, Charles Anazodo and others have joined in on the excitement. 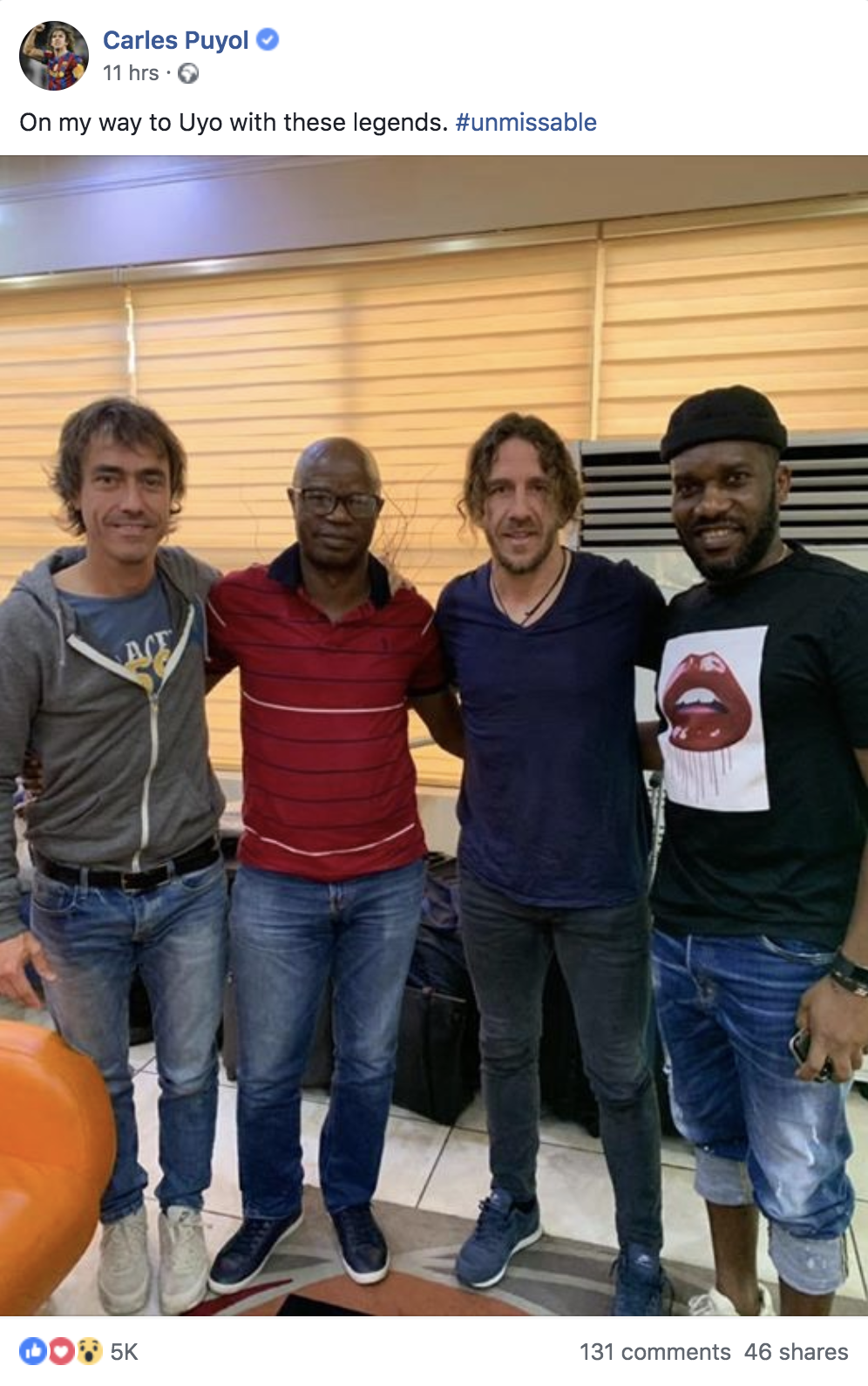 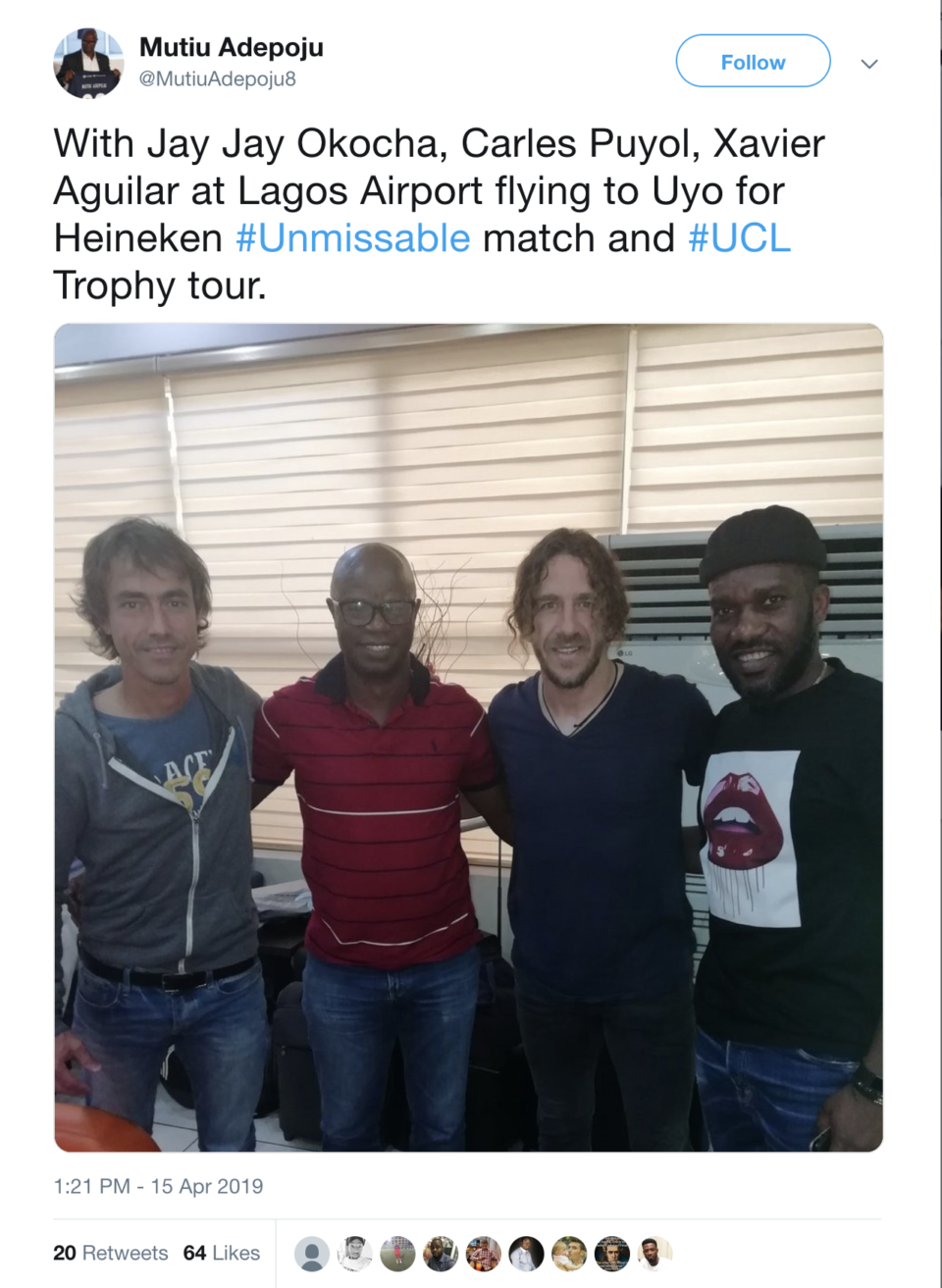 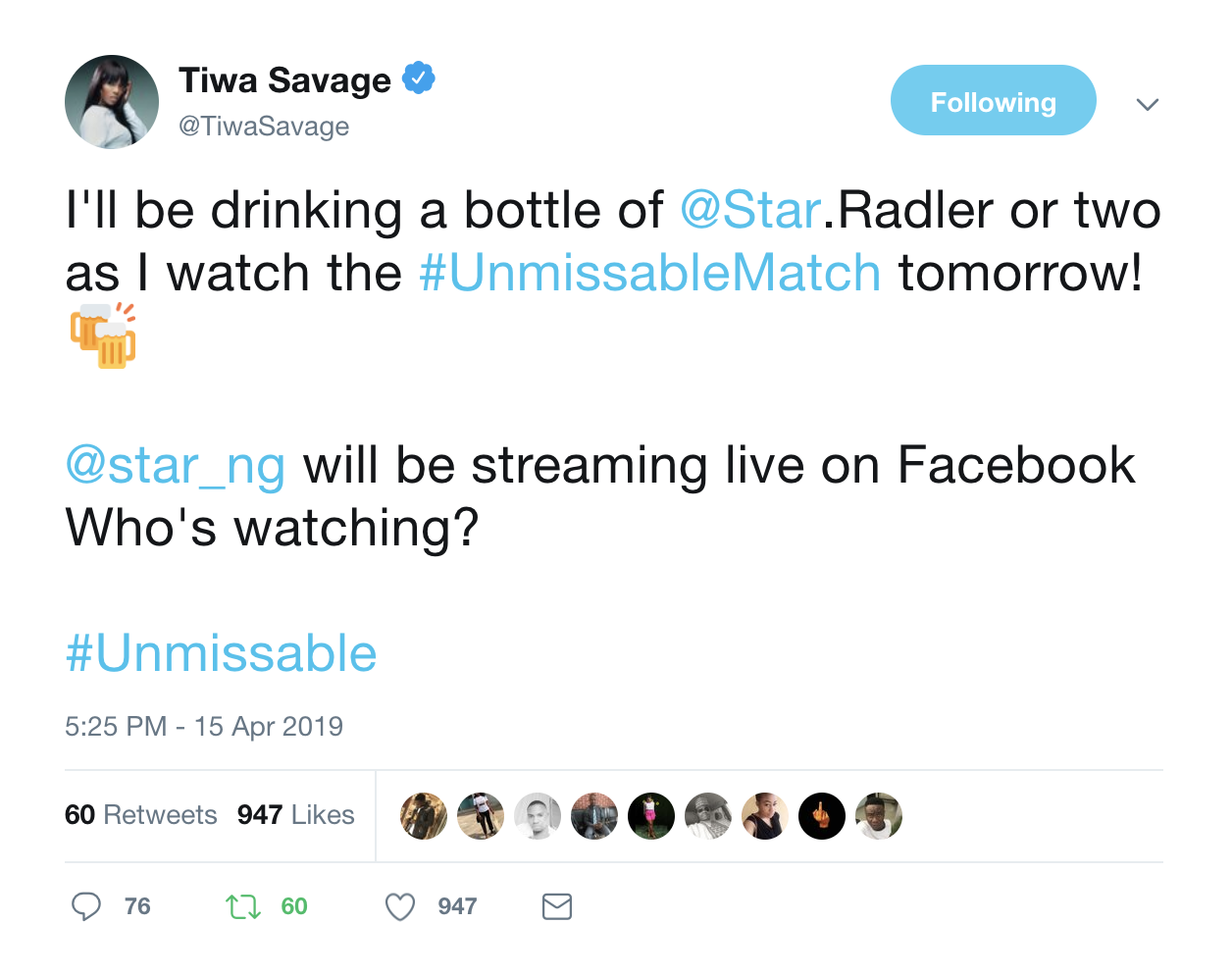 Puyol is on an invitation from Heineken® to lead the UEFA Champions League Tour connecting with consumers and football lovers along the way.

Puyol will be in Uyo for a consumer event and Heineken®’s Unmissable Match, as he will be playing as Captain of the Chairman Team alongside ex-Nigerian internationals, current NPFL wavemakers, Akwa United players and select consumers against a Shine Shine Bobo Team led by Nigerian football legend, Jay Jay Okocha.

The 17th and 18th of April will however see the football superstar in Lagos for a tour as well as other planned encounters by Heineken®.

For free tickets to meet Puyol and to see the trophy, follow the conversations on radio and on social media using the hashtag #Unmissable.