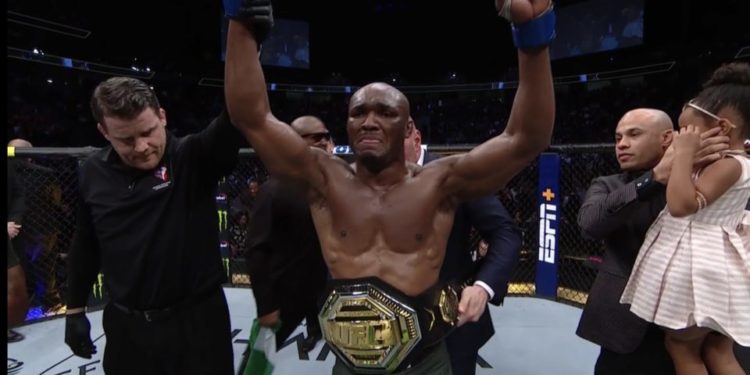 Nigeria’s Kamaru Usman became the first African-born fighter to win a UFC title after defeating Tyron Woodley in a one-sided bout at the T-Mobile Arena in Las Vegas.

Usman, 31, broke into the UFC in 2015 after impressing in the NCAA Division II.

Usman won his first 8 fights including another one-sided battering of ex-champ Rafael Dos Anjos last November to earn his shot at Woodley’s belt.

After the victory, Usman who celebrated the in with his daughter said: “Can’t nobody handle me,

Usman triumphed with a unanimous decision, winning 50-44 on two cards and 50-45 on the third.