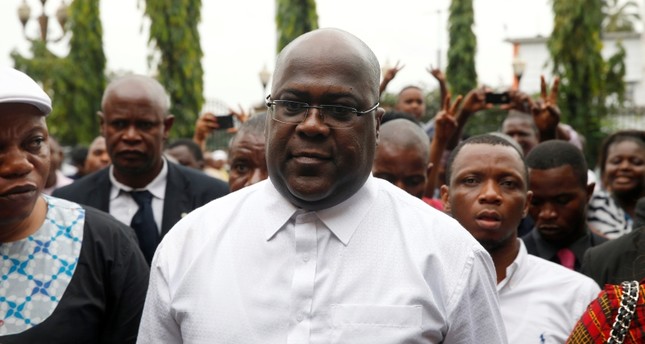 Congo opposition leader,  Felix Tshisekedi has been declared winner of the December 30 presidential election in the country

This is theCongo’s first transfer of power since the country gained independence from Belgium in 1960.

Tshisekedi won the election with  38.57 percent of the total votes (over 7m), Corneille Nangaa, the head of the election commission said on Thursday morning. Fayulu came second with 6m votes while Kabila’s candidate, Ramazani Shadary got 4.4 million votes.

Speaking to thousands of cheering supporters in the capital Kinshasa, Tshisekedi said he would be the president “of all Congolese”.

Tshisekedi, 55, is the son of the late Etienne Tshisekedi, the face of the DRC’s opposition for decades.

President Kabila is due to leave office this month after 18 years in power – and two years after the official end of his mandate.

He has ruled since the 2001 assassination of his father, Laurent Kabila, who overthrew long-serving dictator Mobutu Sese Seko in 1997.

Many Trapped As Train Derails In Lagos