‘Pogba’s Attitude Has Been Perfect’ – Solsjaer 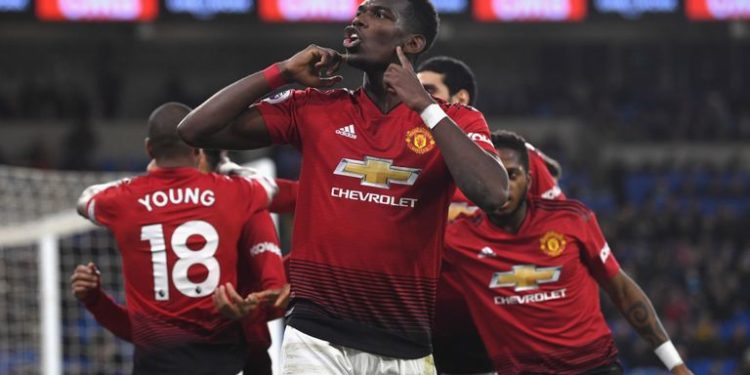 Ole Gunnar Solskjaer has said Paul Pogba’s attitude has been perfect since he took over the team.

The Norwegian took over after Jose Mourinho was sacked and has won his two matches in charge, prepares for out of form Bournemouth. Since his appointment as interim manager, Pogba has been one of the standout performers in the team and Solsjaer has nothing but praise for the 25 year old.

“Paul has done it himself. It’s up to them when they get a chance. That’s the name of the game as a footballer, you’ve got to do it yourself.”

“I gave some guidelines of course, on expression, freedom of expression, but that’s how I’ve always been as a manager. You can’t tell the players what to do in this position,” said the 45-year-old Norwegian.

“Just enjoy playing for this club, that’s the best time of your life.”

He also believes he’s one of the top players in the world.

“He’s one of the top, top players in the world,” said Solskjaer.

“The attitude has been perfect and that’s key, you should be tired towards the end of every single game.

“He’s been top class and we’re looking to build a team around him, of course.”