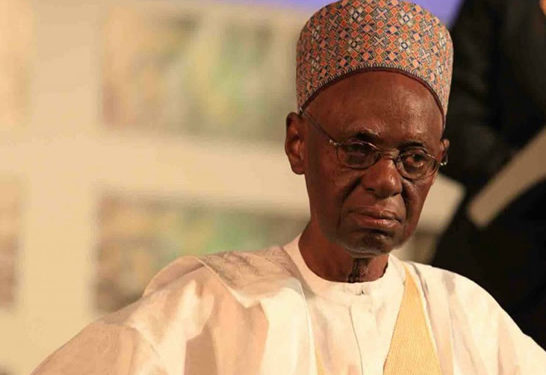 Shagari, who was the first Executive President of Nigeria passed away at the National Hospital Abuja on Friday aged 93 years.

The news of his death was announced by his grandson, Bello Shagari on twitter.

I regret announcing the death of my grandfather, H.E Alhaji Shehu Shagari, who died right now after brief illness at the National hospital, Abuja.

In 1958, he was appointed as parliamentary secretary before serving as the Federal Minister for Commerce and Industries.

He was a founding member of the National Peoples Party and became its Presidential candidate in 1979. He won and became the first executive president of Nigeria. He ran for and won a second term, but was overthrown on December, 1983 by Maj. -Gen. Muhammadu Buhari.

‘Pogba’s Attitude Has Been Perfect’ – Solsjaer