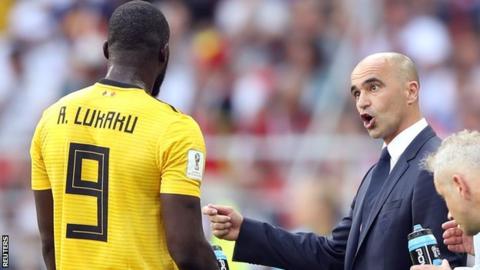 Lukaku, who has only managed six goals this season is one of the scapegoats for many whenever Manchester United fail to win or after every bad performance. He has also come under fire for his profligacy in front of goal this season.

His national team manager, Roberto Martinez has come out to say the criticisms were unfair.

He said: “There is a negative way of assessing Romelu’s performance for Manchester United,” he told The Sunday Times.

“When Rom scores, everyone expects him to score, and when he doesn’t, he is almost directly the reason United haven’t won. But Rom is ready for that challenge. He will never hide away. He understands what is expected of him.

“For Belgium, he has shown he’s one of the best number nines in the world and I don’t understand why he’s being treated in a manner which he doesn’t deserve.”

Despite his struggles at club level, the Lukaku has scored 14 goals in as many games for Belgium in 2018.