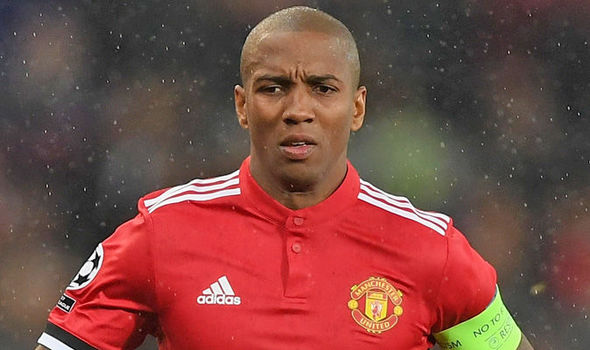 Speaking after the United beat Cardiff 5-1 on Saturday, the first time United have managed that since Ferguson’d last game, Young said: “No celebration at all. Absolute lies,” at the suggested players were happy to see the back of Mourinho.

“Obviously it was disappointing for the manager to get sacked.

“In his two-and-a-half years he won trophies. We have to take some responsibility for that as we are on the pitch.”But we have to move on from that. As professional players we have to get on with the job in hand, and that is what we did here.”

This is despite Pogba posting and deleting a controversial social media post of him smiling with the message: “caption this” after Mourinho was relieved of his job. departure.

He also has words of praise for intermim manager, Ole Gunnar Solskjaer after Mourinho was dismissed after the Club’s worst start to a season in 28 years.

“I don’t think he (Solskjaer) has stopped smiling,” Young said after victory in the Welsh capital.

“He was like that as a player. He always has a smile on his face and I think that can reflect down on to the team, which is a good thing.

“Ole has come in and we were preparing in the right way for a game, even though it’s been a crazy week.”

Paul Pogba quickly deleted a controversial social media post of him smiling with the message “caption this” in the hours after Mourinho’s departure.

Tsunami In Indonesia Kills Over 200