Don Jazzy is a year older! 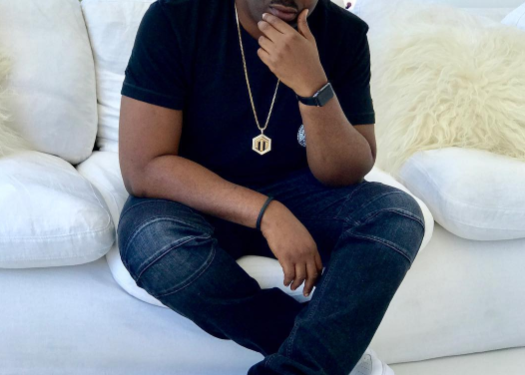 Don Jazzy  who studied business management studies at the Ambrose Alli University, Ekpoma, Edo state went to London in 2000 where his uncle invited him to play drums for a local church, he later got a job at MacDonald’s as a security guard but continued his interest in music associating with Solek, JJC, Kas, The 419 Squad and D’Banj and learnt producing skills from Emeka Infiniti at O-Town record company.

In 2004, He collaborated with D’Banj to form Mo’ Hits Records and in In two years, Don Jazzy produced the albums No Long Thing and Rundown/Funk You Up, Don Jazzy also invented a recognizable introduction, “It’s Don Jazzy Again!”

In 2008, Don Jazzy was credited in the production of The Entertainer by D’Banj. He also contributed to the production of Wande Coal’s Mushin 2 MoHits, an album that was described as one of the best albums to ever come out of Nigeria.

Although Don Jazzy did not take credit as a singer, he performed background vocals for artists he produced. These performances include vocals for D’Banj, Sauce Kid, Dr. SID, Ikechukwu, Kween, D’Prince, Jay-Z. Ajereh provided vocal performance for Kanye West’s song Lift Off with Beyoncé on the Watch The Throne album.

In 2011, Don Jazzy was employed by Kanye West as a producer at Very Good Beatz. Ajereh worked with Jay-Z and Kanye West on the production of Lift Off, featuring Beyoncé on the album Watch The Throne which was released on 8 August 2011.

In 2012, Don Jazzy announced a new record label, Mavin Records, He said, “I see Mavin Records being the powerhouse of Music in Africa in the shortest possible time.” On 8 May 2012, he released an album featuring the artists signed to his label. The songs on the album included: Amarachi, Forever, Oma Ga, Take Banana and Chocolate, YOLO and the anthem I’m a MAVIN. Mavin records had artists like the Tiwa Savage, Reekado Banks, DR.Sid, Korede Bello, D’Prince, Jonny Drille, Tega and Di’Ja.

Check the winners at the Eloy Awards ...