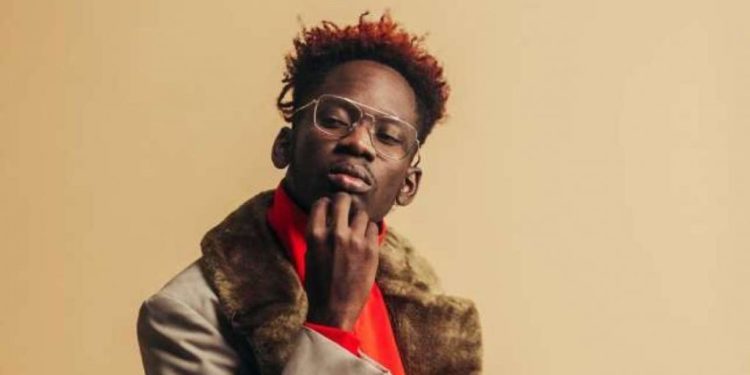 Mr Eazi has slammed City 105.1 FM for what he called “unverified news”

The Artiste, who recently released a new mixtape, “From Lagos to London” said he cancelled the show because he refused to have a substandard performance, and then further slammed the radio station and said a member of the station promised to never play his song again.

See his tweets below:

Yo @CITY1051 i have shown your organisation so much respect even gone on to do interviews plus more on your station! U see a young Dude making it, and u go on a smeer campaign talking unverified news guess what God pass una!! Lol!!

I am running empawa Africa empowering 100 African youths that one no make una news @CITY1051 , my mixtape doing numbers nope not good enough, mans excelling worldwide nope not news but an unverified wrong news to hurt my brand YEs that is NEWS!!! GOD PASS UNA!!!!

I remember one man at your organisation said he will never play my music @CITY1051 guess what that hasnt stopped me! My mama don put anointing for my head!!!!! I wish you guys all the best! Life is eazi on this side!!

…and it only starts to get interesting. He accused the organisers at his venue of disorganisation. He claims that there was no light and he had to cancel.

My band got into the country, we had two days of rehearsals and went to the venue for final rehearsals on time ie 7pm but there was no staff of the organisers at the venue! None! The lights and around engineers had not even received my tech rider!!!

For the records i cancelled Trace Live because i was not confident of the delivery of the event! I have had a smooth well branded #LagosToLondon roll put in the UK, Uganda, Tanzania, Kenya, no way i was gonna have a wuru wuru event in my home country Nigeria!!!

My people is it a crime to ask someone their name?!!!!!!!! If i dont know who you are is it a crime?!!! I took pictures with all venue staff! Ate my coker fish pepper soup with lady donli and paid all the bills!!!!

I called Simi , to come play with me at the event, we made plans for King promise from Ghana to attend, even commenced speaking with burna to make sure we have some of the features on #LagosToLondon present at the event