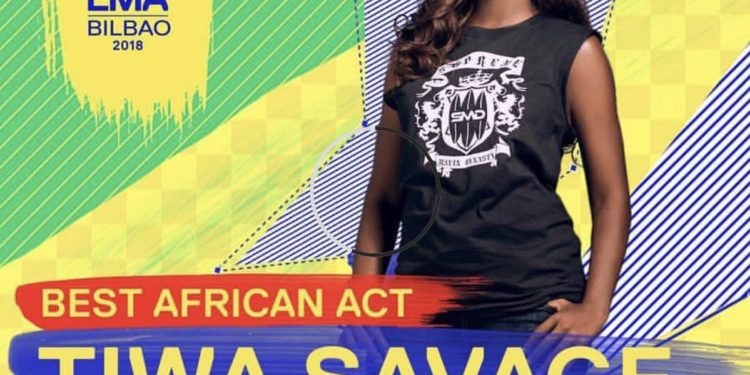 Nigerian act, Tiwa Savage on Sunday went home with the MTV European Music Award for the Best African Act making her the first female to win the award.

Savage defeated fellow Nigerian, Davido, and other African acts to win the award. Tiwa was nominated alongside Davido; South Africa’s Distruction Boyz and Shekinah; Kenya’s Nyashinski and Fally Ipupa from the DRC.

Musical icon, Janet Jackson was honoured with a Global Icon award while Cuban-American singer, Camila Cabello was the biggest winner of the night with four awards.

Below is the full list of the 2018 MTV EMA Winners

Panic! At The Disco

THE EXCLUSIVE INSIGHT INTO THE ART X ...