Ugandan military launches its own brand of condom for soldiers

Ugandan Military Launches Its Own Brand Of Condom For Soldiers

Uganda’s army has launched its own brand of condoms, named after the Swahili word for “protection”, to help prevent soldiers from contracting HIV.
Nearly 6% of Ugandan adults are living with HIV but strides have been made in reducing the number of new infections.

In the past, the country’s army was known to have a high infection rate.

A soldier cannot defend his country if he “does not ensure that he’s safe”, said Chief of Staff Brig Leopold Kyanda at the launch of the Ulinzi condom. 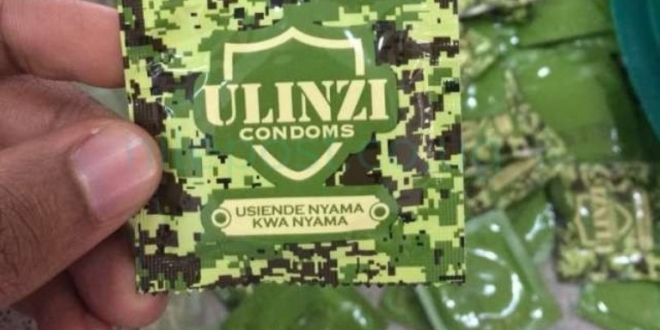 The Ulinzi condom, which comes in a camouflage packet, should help stop soldiers bringing HIV back home after a tour of duty, said the ministry of health’s Vastha Kibirige.