Ace comedian and actor, Bovi earlier wrote a light-hearted birthday message to his wife Kris who turned 30 today.However, one fan was not impressed with the star for referring to his wife as his babymama.He castigated Bovi for making the post humorous ,claiming his wife deserves better.

Bovi however quickly shut him down, saying he does not live for the gram and has already celebrated his wife, whom he woke up next to. 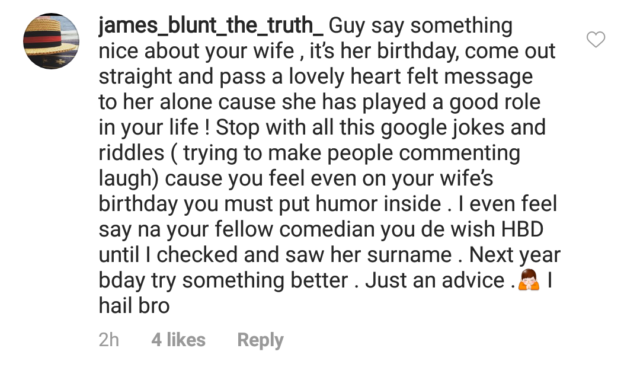