My Next Album Will Be Controversial” — Falz 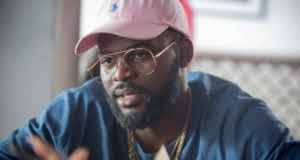 Famous Nigerian rapper, comedian and actor Folarin Falana popularly known as Falz has promised to continue to make controversial music.
The “This is Nigeria” crooner, who recently won an Africa Magic Viewers’ Choice Awards (AMVCA), in an interview with Channels Television said that he is currently working on a music album where all the tracks will be as contentious and norm-breaking as the previous one.

Falz said there is the need to tell stories through conscious music and he is set to take his controversial music to a new level.In his words:

“Right now I’m making a lot of controversial music. It’s always going to be like that, people are always going to get angry when you make that sort of music but those stories need to be told,”
Falz said it is important for artists to project the truth in their songs and in the right direction, despite mixed reactions.
“People need to hear our voices; our voices need to be projected in the positive direction as artists.
“It is something I will continue to do, I’m working on a fully conscious album which is dropping very soon’.