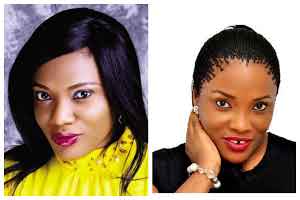 The death of Nollywood actress, Uduak Akrah has been announced. Her colleagues confirmed on social media, saying she died on Saturday, following injuries sustained from a fatal fall in the bathroom two years ago.

“I just heard from someone close to her and her family in Abuja. She suffered complications in the past few months from a nasty fall in the bathroom,”
said filmmaker Charles Novia.

The actress who was based in Abuja was said to have been ill from the accident for some time, and while arrangements were being made to take her to take her to the Lagos University Teaching Hospital (LUTH), she gave up the ghost.

Described by colleagues as a versatile entertainer both on screen and on stage, Uduak, a graduate of Creative Art from the University of Lagos, was also an event planner and singer. She is also known for motivational messages and skits on social media.
May her soul rest in peace.