11-Year-Old Girl Gets Birthday Wish With Visit From Drake

Sofia Sanchez is about the happiest girl now as she got a surprise visit from Drake.

Drake visited Sanchez who is awaiting a heart transplant at Ann & Robert H. Lurie Children’s Hospital of Chicago. She is diagnosed with cardiomyopathy, a condition that often leads to heart failure. Three weeks ago, Sanchez received open heart surgery and while she was recovering, she decided to do the “Kiki Challenge.” She filmed the dance in the hospital hallway, with an IV attached to her arm and a smile on her face. 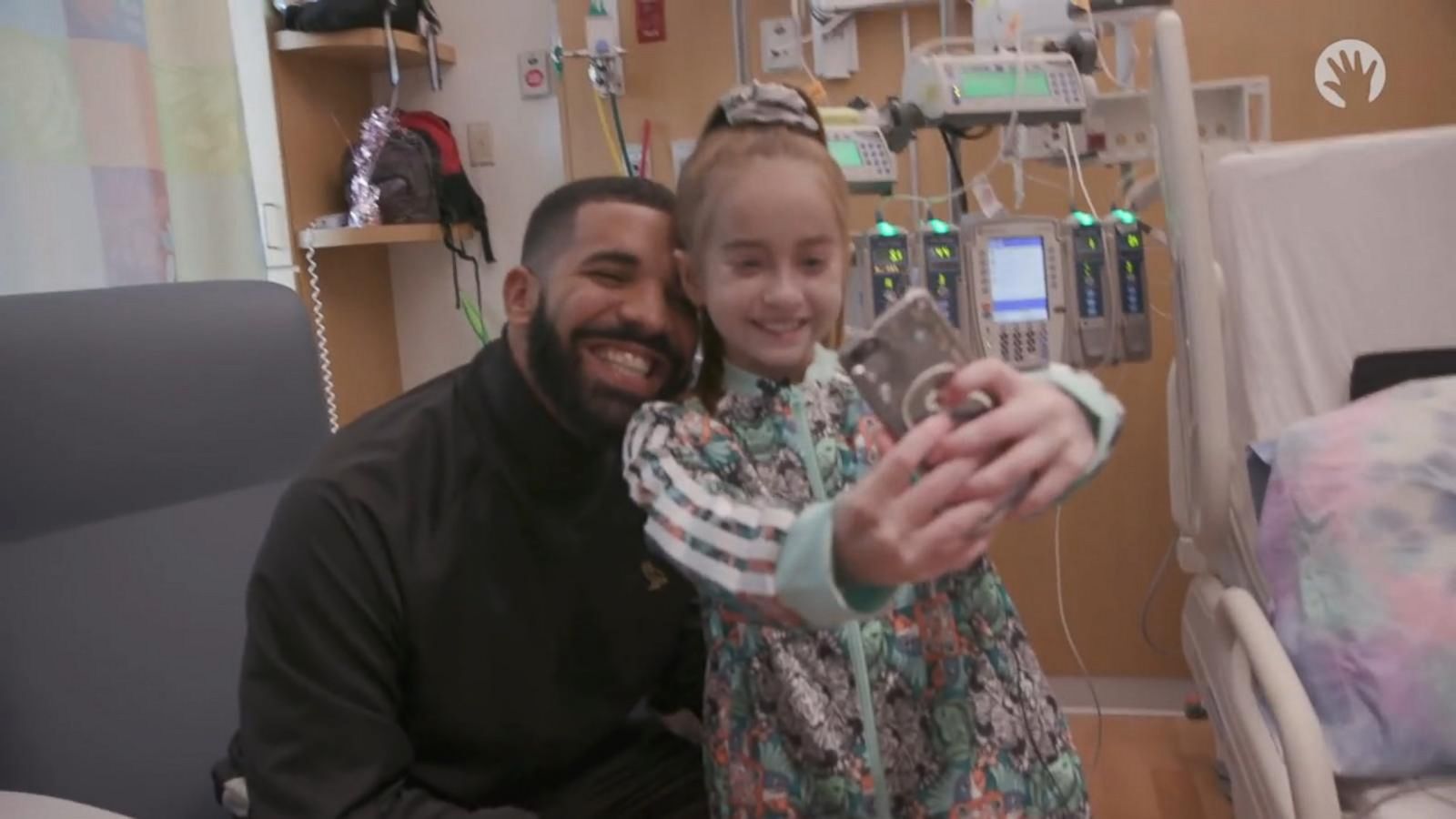 The video of Sanchez dancing to Drake’s song, “In My Feelings,” got back to the rapper. Social media users urged him to visit the girl, and he decided to make the trip to Chicago.

Sanchez was stunned and speechless when Drake pulled back the curtain.
“Right when he came in I was like, ‘Oh my God.’ And I never pictured him that tall. “I didn’t talk for a minute. I was like, ‘Is this real or fake?’ When she realizes it is, indeed, Drake. She jumps out of her hospital bed and wraps him in a hug.

The video which has over 50,000 views on Facebook goes on to show Drake and an ecstatic Sanchez talking and taking photos in her hospital room. Drake took several photos with Sanchez and shared two on social media. He also signed autographs for her and gave her merchandise from his latest album, “Scorpion.”

Sanchez described the moment when she met her idol, two days after her 11th birthday.
“It’s a miracle. Because it’s one of the first wishes I got in a long time … I wanted him to come cheer me up for my birthday this weekend. This is the best birthday present I ever had.”

Her parting words for the rapper: “Talk to you on FaceTime!