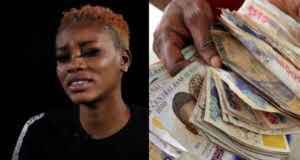 This year alone, she has featured in three adult movies; one lesbian shoot and two heterosexual acts.

Savage Trap Queen also disclosed that she might be into the act, but her mom still loves her all the same.

I have never thought of going under ...