“I Want To Focus On Barca.” Pique Says As He Retires From International Football 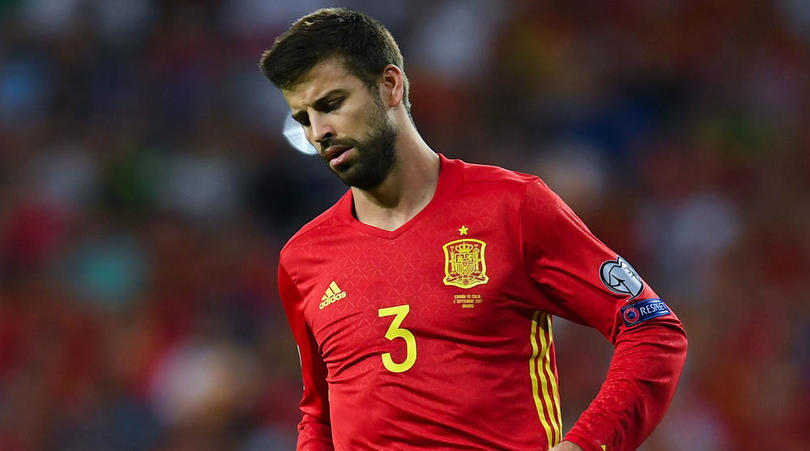 Pique was an important part of the Spain team that won the World Cup in 2010 and the 2012 European Championship, but his performances of recent have been greeted with jeers by Spanish fans partly because of his support for Catalonia’s independence referendum.

Catalonia, where Pique was born, is a region of 7.5 million people in north-eastern Spain, with its own language and culture proposed a referendum to determine its independence.

Pique who said he wanted “to be left in peace” after a qualifier against Albania in October 2016 has now formally declared his retirement.

This is despite former Barca Boss, Luis Enrique being appointed as Spain’s new coach.

“I spoke to Luis Enrique a few days ago. He called me and I told him the decision was taken a long time ago and that I had thought about it carefully,” Pique said on Saturday.

“It was a beautiful time with the national team in which I had the chance to win the World Cup and the European Championship. Now I want to focus on Barca,” he added.

“I have a few years left here and I’m going to enjoy them a lot.”