Fan says “Jamil Balogun will end up in a club”, Teebillz replies

Teebillz had earlier shared a photo of his son, Jamil posing with his ride, and a fan took to the comment section on the picture saying very soon the boy will end up in club Quilox.

Tee billz however handled the matter with maturity as he failed to clap back/insult the fan but he gave a response telling the fan that
his son will be balling in the university of Southern California. 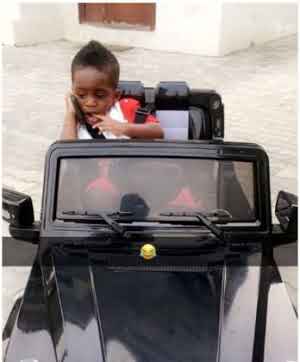 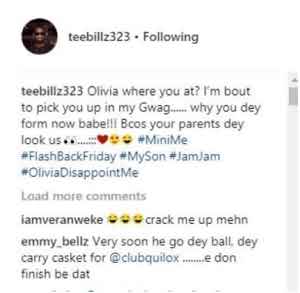