Barry Chuckle Of The Chuckle Brothers Pass On At 73

One half of the comedy duo of Chuckle Brothers, Barry Chuckle has passed on at the age of 73 after a short period of ill health.

Barry Chuckle whose real name was Barry Elliot, featured in ChuckleVision with his brother Paul on BBC between 1987 and 2009. Earlier thus year, the brothers returned to the small screen with a new show, Chuckle Time, on Channel 5. 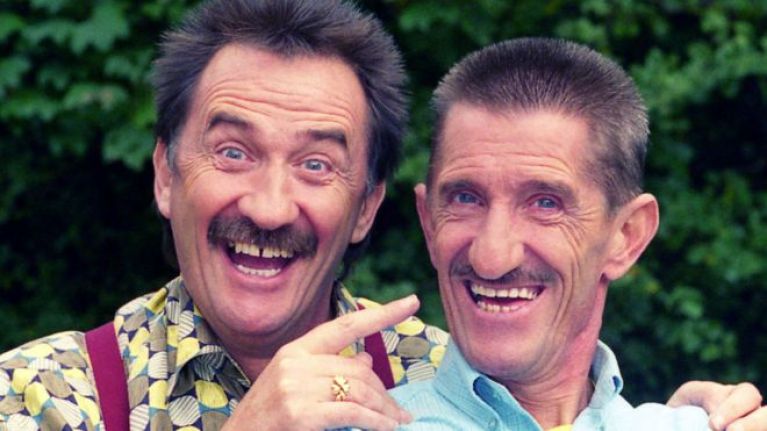 Towards the end of Chuckle Time filming, Barry was requested to take rest by his doctor, but not long after his health deteriorated.

Brother and partner, Paul paid tribute to him: “I’ve not just lost my brother, I’ve lost my theatrical partner of many, many years and my very best friend.”

Manager Phil Dale said: “It is with great sadness that the family announce that Barry passed away peacefully at his home surrounded by his wife Ann and all his family.
“The family would like to express their thanks to the many people who have been fans of the Chuckle Brothers and they know that they will share in part the great, great loss they feel.”

For Mr Dale said Barry “leaves 50 years of laughter as his legacy, which is something very special”.

The duo started their careers as The Chuckles on ITV talent show Opportunity Knocks in 1967. Their show ran for 22 years.

Fans and colleagues have taken to social media to express their sadness and paid tribute to the comedy star, with many thanking him “for the laughs”.

Paul’s wife Sue thanked fans for the outpouring of supportive messages. “Barry would be so happy to know how much he was loved.”

Paul has asked me to send a message to thank EVERYONE for your lovely messages this morning, he is absolutely devastated so unable to respond himself but your messages really do help and he knows Barry would so happy to know how much he was loved, Sue X