Senator Dino Melaye, has been reportedly attacked and kidnapped by armed men in Gwagwalada area of Abuja. 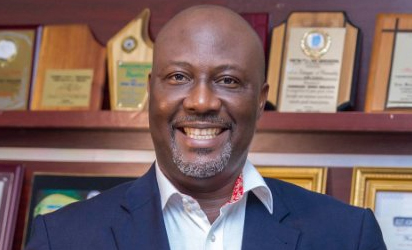 According to Raypower-100.5 FM Abuja, Senator Melaye was on his way to Lokoja for a court sitting in a case of alleged arms running brought against him by the Police when the incident occurred on this morning.

The men were reportedly in a government Hilux van and a Sienna bus.

“I have just been informed by Moses Melaye, @dino_melaye’s brother, that Dino has been abducted by unknown persons in a Toyota Sienna that blocked their car and overpowered them on their way to Kogi to answer to Dino’s court case. Lets be on the watch out. Will keep you updated.”