President Donald Trump’s star on the iconic Hollywood Walk of Fame has been smashed to bits. News broke on Wednesday morning, that the President’s star was smashed with a pickaxe overnight.

According to Associated Press, Los Angeles police Officer Ray Brown said the star vandalism was reported around 3:30 a.m. on Wednesday. A suspected man has since been taken into custody. 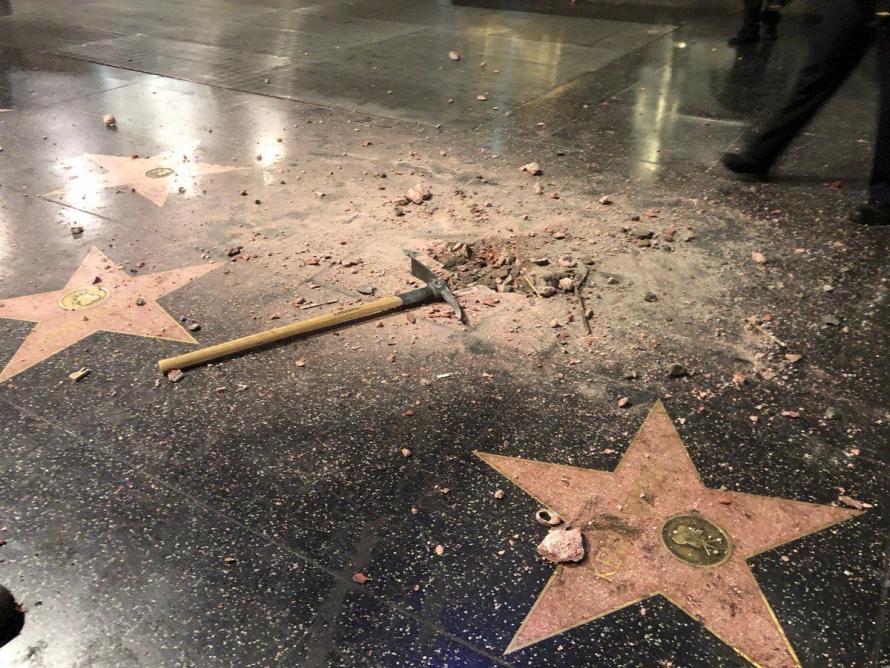 A video was tweeted by reporter Ron Bird which shows a completely bashed slab where the president’s star used to be.

This isn’t the first time Trump’s star has been defaced. In 2016, before being elected as President of the United States, his star was defaced and spray painted with a swastika.

Trump was awarded his Hollywood Walk of Fame honor for his work as the creator and host of the reality series “The Apprentice.”

News blog TMZ reported that the vandal scratched off Trump’s name and his television icon, which appeared on the face of the star.

According to Deadline Hollywood, a man by the name of Jamie Otis took credit for destroying the star. He told the outlet that his intent was to auction off the removed parts of the star to raise money for the legal defense of Trump accusers.