The Lagos state commissioner of Police, Edgal Imohimi, yesterday gave a stern warning to policemen attached to divisions in the state to desist from wearing mufti bearing ‘SARS’ (Special Anti-Robbery Squad) while carrying out official duties. 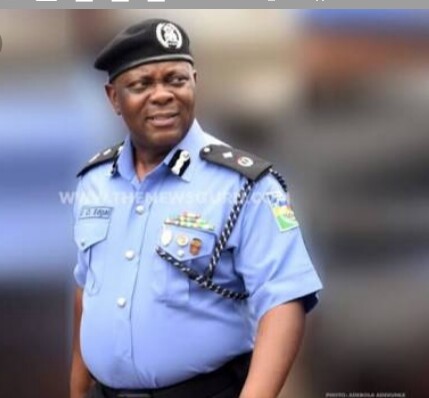 According to Guardian, he threatened to sanction any policeman who violates the directive. To march his words with action, Edgal said the two policemen, who allegedly assaulted a lawyer last week in Ikoyi area of Lagos, would be demoted in ranks, for wearing plain clothes to effect the arrest of the legal practitioner.

He, however, said only certain policemen would be allowed to wear jackets with the inscriptions of their units on them.

In his words: “Henceforth, no policeman should carry out operational duties in Lagos in mufti without police uniform.

The only units allowed to wear jackets with the inscription of his unit on it are Anti-Cultism unit, Anti-Kidnapping unit, RAIDER and Federal Special Anti Robbery Squad (FSARS). Every other policeman on operational duties must be in uniform.
They would only be in mufti only if they are attached to the investigation unit of the command. We don’t want any policeman to cause us any embarrassment anymore.”

He, therefore, admonished Lagosians to report any policeman in uniform found drinking beer in a restaurant during work hours.

DJ SPINALL set to commence US ...