The death of Mallam Adamu Ciroma, former Governor of the Central Bank of Nigeria (CBN), has been announced. 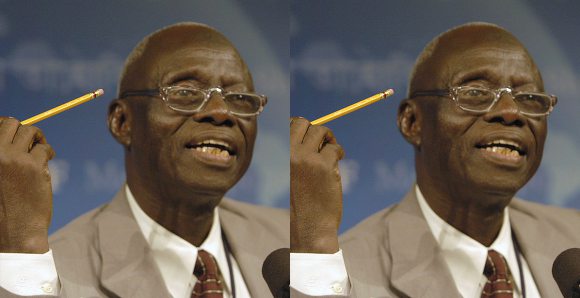 He died at the Turkish Hospital, Abuja, at age 84.
Ciroma was a founding member of the People’s Democratic Party (PDP). He was CBN Governor between September 1975 and June 1977. He was Finance Minister at the start of the Fourth Republic, between 1999 and 2003, during the first term of President Olusegun Obasanjo in office.
He was also Chairman of Obasanjo’s 2003 re-election campaign organisation. His wife Maryam Ciroma was also a former PDP National Women leader in Nigeria.
He died today, Thursday July 5, 2018 in Abuja after a long illness. May his soul rest in peace.