Senate President Bukola Saraki has rrecently revealed the intention of the government to foster local trade and reduce import in the industry by making use of Nigeria’s local products. 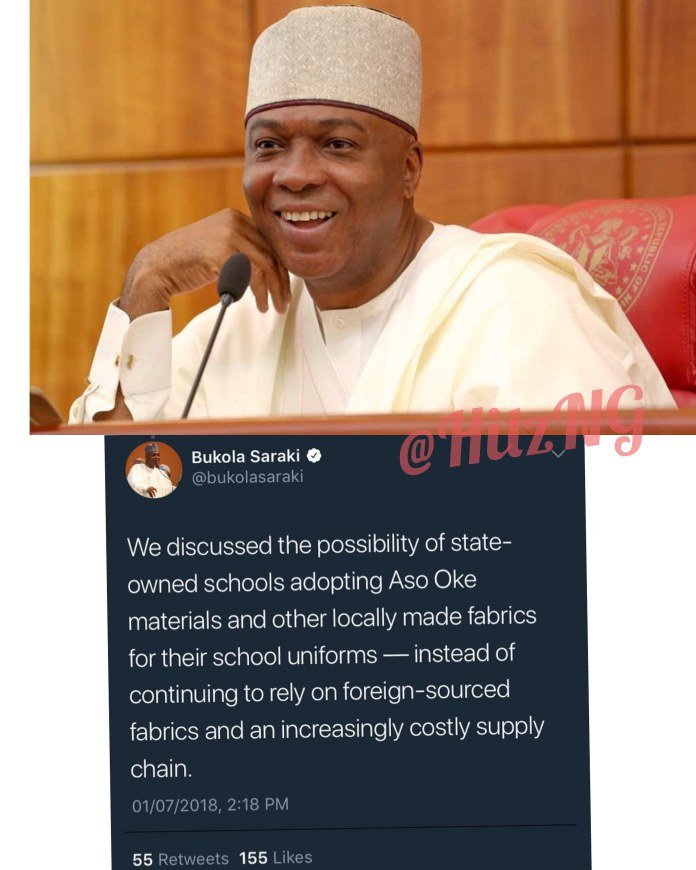 Senator Bukola Saraki made it known that government schools might start wearing locally made fabrics like Aso-Oke or Ankara as school uniforms to replace the usual imported fabrics.
The Senate leader met with some local traders in Kwara state on Sunday to discuss the possibility of this move.

The Senate President announced this in a tweet to Nigerians and this was met with diverse comments from a lot of tweeter users. While some think it is a great idea, others laughed at the idea of school students on woven materials.
Government is yet to conclude on the proposal.