Teju baby face, who married his beauty queen wife Tobi Banjoko Oyelakin, in 2012, waited for over five years before they were finally blessed.

The couple who have been full of joy, dedicated their children on Sunday in Lagos on returning to the country. 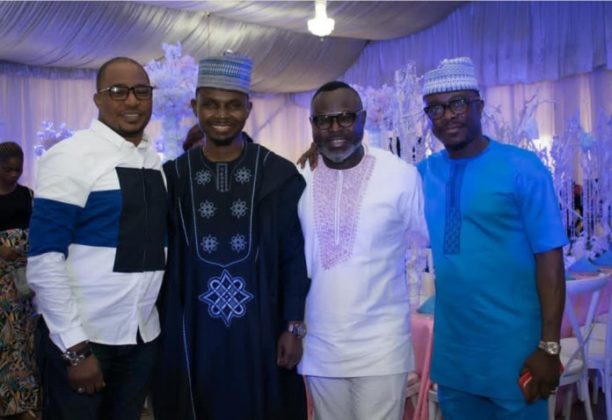 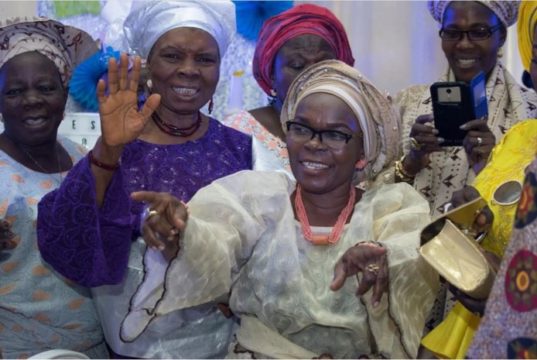 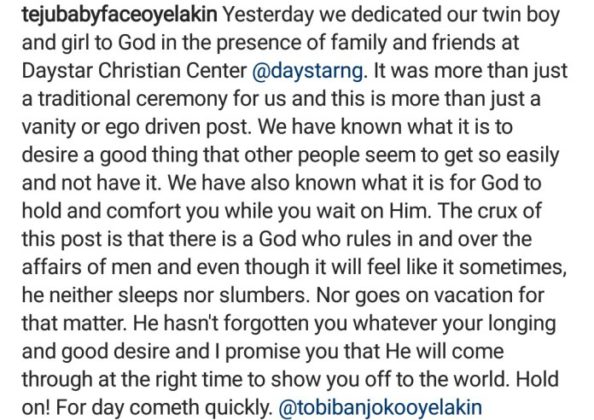 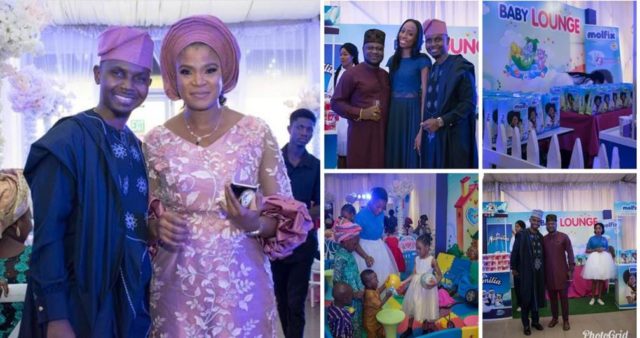 Teju explained that the flamboyant dedication is not a show-off or misplaced priority but their way of appreciating God for not forgetting them.

He also shared words of exhortation to those who have lost faith one way or the other, saying: “God still answers prayers”.
Congratulations to Teju babyface and wife.

Spacefinish is bringing office spaces of the ...