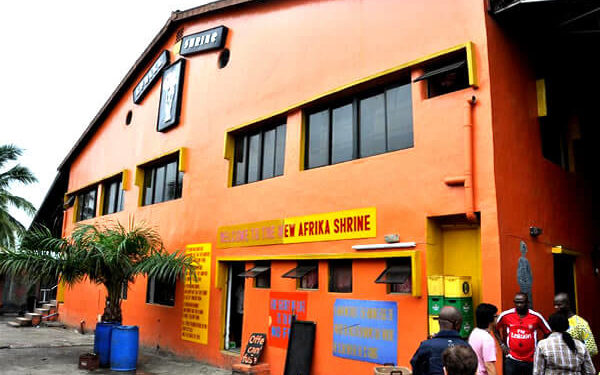 French President, Emmanuel Macron, is expected to visit the African Shrine next week and listen to Afrobeat music, as he prepares to open the new-look Alliance Francaise facility in Lagos, according to ThisDay

Macron is expected to arrive Abuja on Tuesday. His point of contact will be with Nigerian President, Muhammadu Buhari at the Villa, after which he would head to Lagos in the evening.

He will be guided around Lagos by the State Governor, Mr Akinwunmi Ambode, who will try to use the occasion to promote tourism in the state. Sources believe the French man will listen to Fela’s Afro-beat music while at the shrine.

President Macron will then be present to open the Alliance Francais building, which is located in Ikoyi, the next day.

The Chateau-style Alliance Francaise is good news for many Nigerians who want to learn French and its culture It is hoped this new development will foster cultural integration and interaction, and help create exchange of ideas and opportunity between Nigeria and France in the long run.

The Alliance Francaise Foundation is the premier cultural organisation in the world, founded on 21 July 1883, it now has 800 local associations in about 133 countries. It is supported by grants from the French Government and the generosity of patrons, including its founding fathers who are notable Frenchmen like the scientist, Louis Pasteur, the publisher, Armand Colin and writers, Jules Verne and Ernest Renan.

Host to Face Spain for a place ...