World Cup: Lack of Experience Cost us Against Argentina – Rohr 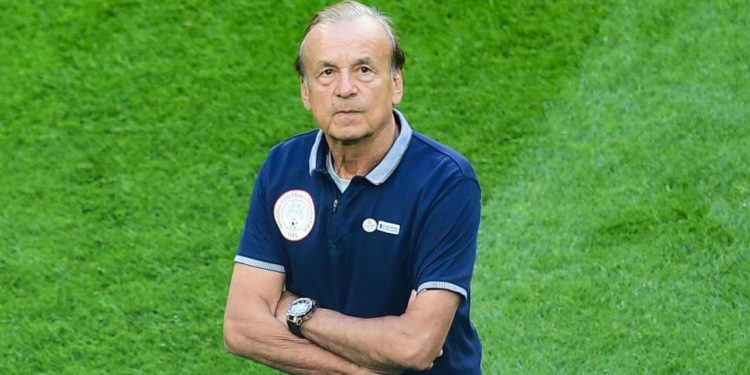 Super Eagles coach Gernot Rohr has admitted that inexperience played a big part in the Eagles loss to Argentina.

Nigeria lost to Argentina 2-1 which left them with 3 points in three games, a total not enough to secure qualification for the second round.

Goals from Messi and Rojo gave the Argentines the result they needed to avoid an embarrassing elimination from the group stage. For long periods in the second half though, it didn’t look like that. The Nigerians gave as good as they got, and even managed an equalizer after Masarano was judged to have brought down Ighalo in the area.

Chelsea full back, Moses, coolly sloted home the resulting penalty to give Nigeria more than enough hope of qualification.

Three minutes from time though, Nigerian hearts were broken when Rojo first time shot in the area went passed Edoho in the Nigerian goal.

Speaking after the game, Rohr said “We are very disappointed, My team gave their best. They played a very good second half and missed qualifying by just a few minutes.

“Argentina have great players and they were pushing, pushing, pushing. This is championship level and we are not ready for that now. It was also down to a little bit of luck and we didn’t have it.

“I am proud of my team. We lacked experience. Such games build character and in a few years you will see a very strong team.”