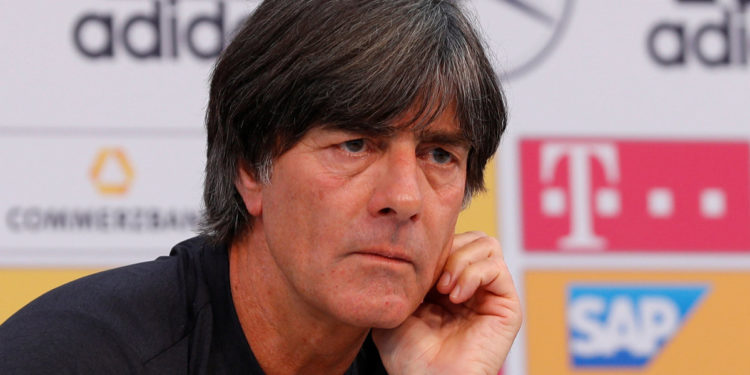 As Germany face South Korea in an important game that decides their fate later today, the German FA have given coach Joachim Loew a boost by insisting his job is safe even if the European giants are knocked out of the tournament.

Germany was surprisingly beaten 1-0 by Mexico and needed a last minute free kick from Real Madrid’s Toni Kroos to keep their World Cup hopes alive head into the crunch match against Korea with a lot of pressure on both the team and the Coach, who has have to dropped players like Ozil.

Loew signed a new contract with the FA just last month to extend his 12 years stay as head coach of the German team.

Reinhard Grindel, of the DFA said:

“We believe there will be a transition that will take place after the World Cup, regardless of the outcome of the tournament, and no one is better equipped to handle that than Jogi Loew.”

He also believes Loew is still the right man for the job, considering the performance of a new look Germany at the Confederations Cup last year.

“He proved a year ago at the Confederations Cup that he can make young players into an impressive team who play outstanding football,” added Grindel.

“That is still valid, as far as we are concerned.”

Germany are the defending World Champions and would like to avoid the same fate that befell the last two defending Champions, Spain and Italy, who failed to get beyond the first round.