Housemates Lolu, Anto and Khloe have been evicted from the big brother house. This leaves Miracle, Tobi, Cee-C, Alex, Nina as the final five contestants competing for the N45million worth of prizes.
Khloe, Anto and Lolu were evicted after pulling the least number of votes in week 12. But before they were sent home, Biggie literally surprised the housemates. He called them into the arena where they were asked to pick a suitcase. In the case was a specific gift but only one contained money. 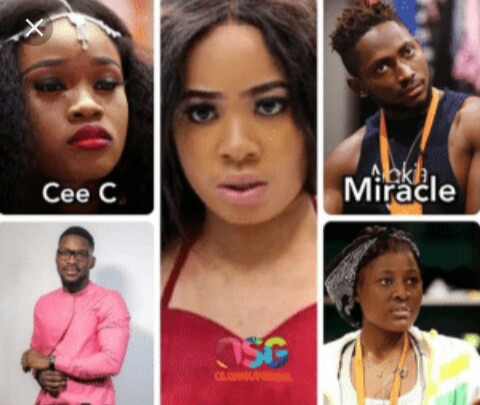 At the end of the task, Miracle picked the suitcase with the money causing the housemates to lose their wager. At the same time, winning for himself the sum of N200, 000. This is after he won N1million earlier in the week.