Travelstart Nigeria, Africa’s largest online travel agency, has proven once again why they are the best in travel business as it partners with KLM Royal Dutch Airlines, as flight sponsors of the Bobsled & Skeleton Federation of Nigeria to the ongoing 2018 Winter Olympics in Pyeongchang, South Korea. 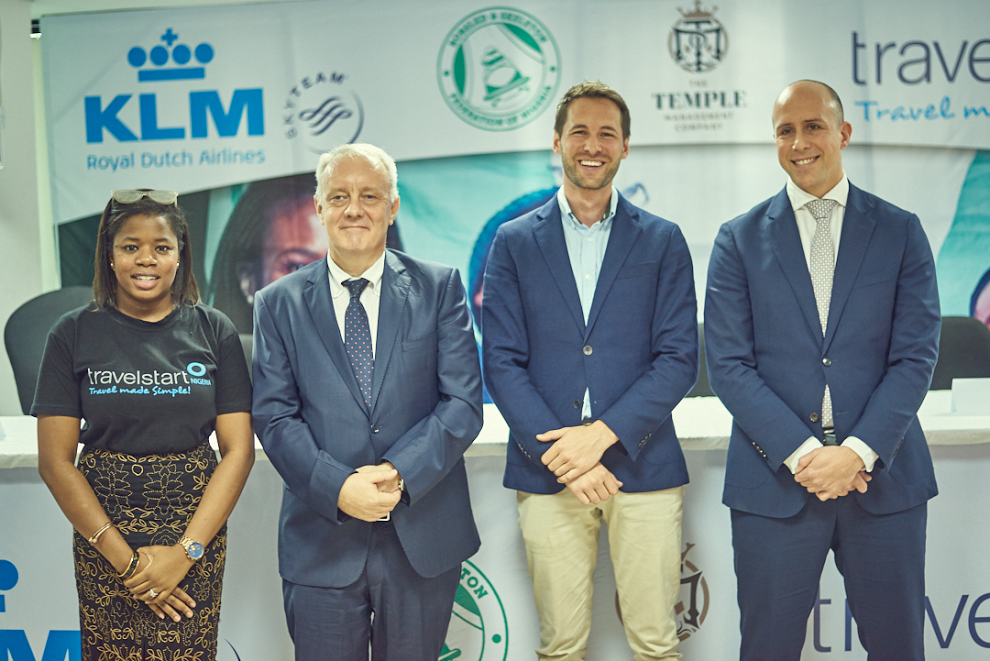 Travelstart Nigeria has charged the historic team to put up their best performances and aim for Gold as they prepare to compete in both the Skeleton race holding on the 16th and 17th February and the Bobsled race between February 20th and 21st. 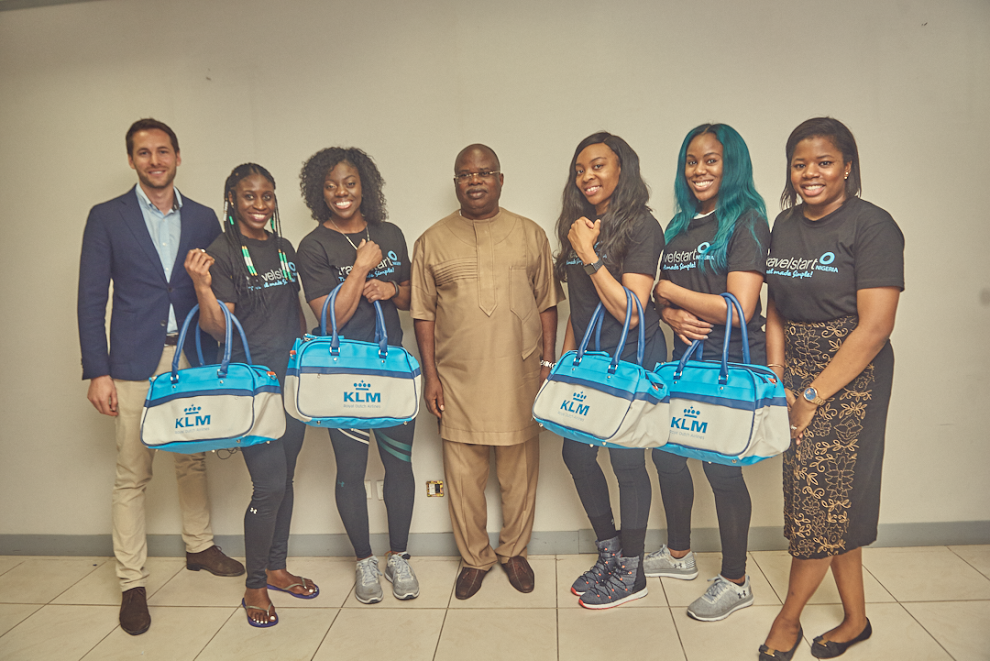 According to Philip Akesson, Country Manager of Travelstart Nigeria, the company is proud to be associated with the historic team and urges all Nigerians to support the team to enable them excel at the competition.
“As Africa’s largest online travel agency, we are excited to use our resources and our partnership with KLM Royal Dutch Airlines to get the Nigerian team to their first Winter Olympics. The team’s resilient, passion, go-getter attitude towards achieving their goals is admirable, and is a message that resonates deeply with our company values.” He said.

Akesson disclosed that Travelstart and KLM partnered to fly the team from Murtala Muhammed International Airport in Lagos through Amsterdam to Incheon International Airport in Seoul, the capital city of South Korea, earlier in Febraury.
Also speaking on the sponsorship, the General Manager Air France KLM Nigeria & Ghana, Michel Colleau said “At KLM we are always looking for ways to be innovative, we care about our customers and we are also interested in supporting the countries we fly to. The Nigerian Bobsled and Skeleton team are a group of young ladies who are innovative, dynamic, ambitious, pacesetters, and resilient. This great quality set them apart and embodies our company’s ambitions. We are pleased about the driving partnership with Travelstart to fly the flag carrying team to South Korea to support their quest for Gold.”
Athletes representing Nigeria for the first time ever at the Bobsled & Skeleton competition includes; Seun Adigun, Ngozi Onwumere, Akuoma Omeoga and Simidele Adeagbo. Nigerians can watch the athletes compete on their race days by tuning into KWESE Free Sports Nigeria on UHF 32.
Akesson also hinted that Travelstart Nigeria will be celebrating six years of operations in Nigeria in March 2018 and a series of activities are already in the pipeline to celebrate the Anniversary. 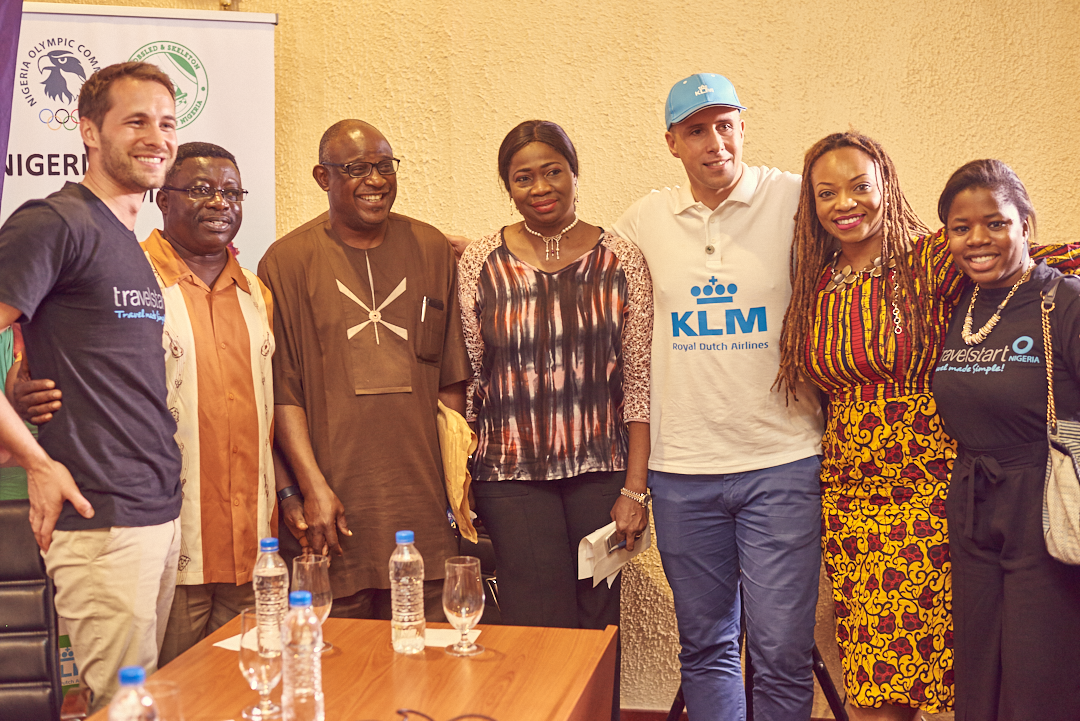 Travelstart is Africa’s largest online travel agency, with headquarters in Cape Town and a local office in Lagos. Founded in Sweden, Travelstart opened its doors in 1999, as the brainchild of travel visionary Stephan Ekbergh. Nearly two decades, plenty of learning, growth and one African immigration later, today Travelstart proudly employs a team of more than 200 staff with offices in Nigeria, Egypt, Kenya, Tanzania, Turkey and other countries. Travelstart Nigeria opened in 2012 and has grown to more than 50 staff. The company provides access to more than 500 airlines flying to more than 11,000 destinations. Travelstart Nigeria is the 2017 winner of the Best Blog at the Nigerian Tourism and Travel Awards. Book affordable flights now on www.travelstart.com.ng. 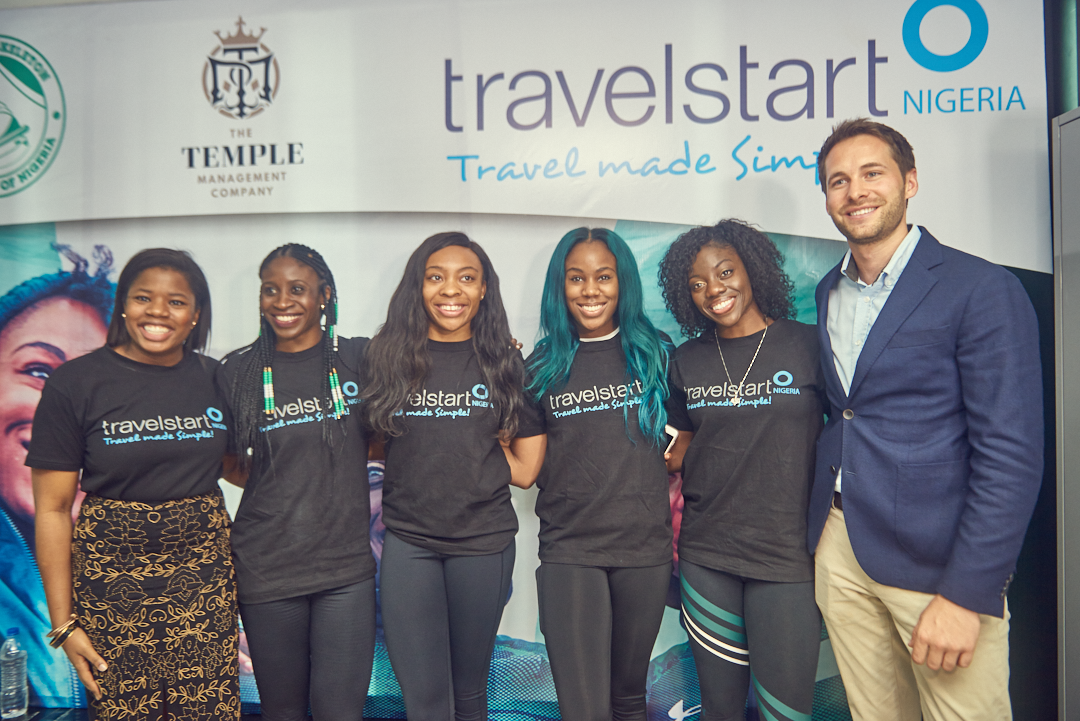 Founded on October 7, 1919, KLM Royal Dutch Airlines is the oldest scheduled airline in the world still operating under its original name. In 2016, the KLM Group operated worldwide flights with over 200 aircraft, generating €10 billion revenues and employing 32.000 staff from its Amsterdam basis. KLM and KLM Cityhopper are the core of the KLM Group with 30 million passengers and 635.000 tons of Cargo. KLM’s extensive hub network of European (88) and intercontinental (72) destinations provide for easy, direct connections to the economic centers and capitals around the world. In 1947, KLM started its operations into Nigeria with scheduled flights into Kano operated with a DC-4. In order to further meet the needs of its valued customers, KLM introduced scheduled flights to Lagos from Amsterdam in 1961. The route is today serviced by an A330-200.