Pakistani activist for female education and the youngest Nobel Prize laureate Malala Yousafzai, is known for human rights advocacy, especially the education of women in her native Swat Valley in Khyber Pakhtunkhwa, northwest Pakistan. Here the local Taliban had at times banned girls from attending school.

In 2008, using the pen name “Gul Makai” to protect her identity, Malala began blogging for the BBC about life under the Taliban. She described how she felt in the final days before her school was set to close. After reading Malala’s blog for the BBC, The New York Times featured Malala in a short documentary about her life and fight to protect girls’ education in Swat. The school is later reopened.

Due to Malala’s increased prominence in Pakistan and all over the world, she became a target. She was shot in the head and neck in her school bus on her way home in 2012.

In her first public appearance in 2013 since the attack, Malala speaks at the United Nations on her 16th birthday. The U.N. declares July 12th “Malala Day” and Malala promises to dedicate this day each year to shine a spotlight on the world’s most vulnerable girls.

In 2014, in response to mass kidnappings of schoolgirls by the terrorist group Boko Haram, Malala travels to Nigeria on her 17th birthday to meet with the families of the victims and add her voice to the outcry demanding for their safe return. Malala marks her 18th birthday by opening a secondary school for Syrian refugee girls in Lebanon’s Bekaa Valley. 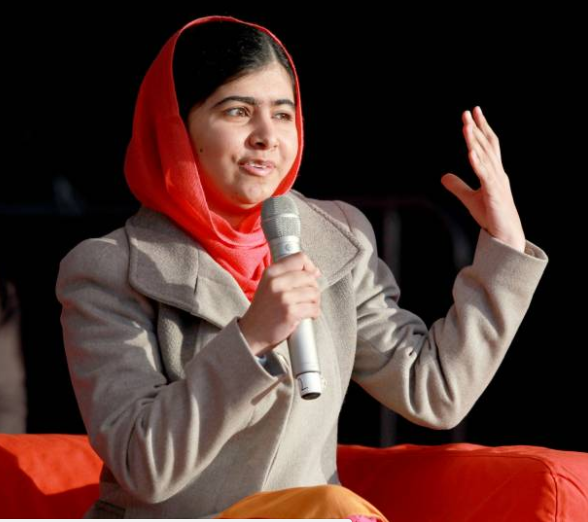 Today the world famous education campaigner tweeted a picture from her first class at Oxford University, five years after she was shot in the head by militants in Pakistan.