Yusuf had been ordered by the Minister of Health Adewole on July 7, to proceed on 3 months suspension to pave way for an investigation, following petitions written against him, one of which was the procurement of a N58 million SUV without due process.

Yusuf had refused to follow the directive, saying only the president, according to the act setting up the scheme, may appoint or remove him.

He had said that although the NHIS Act empowers the minister to give directive of a general nature to the Governing Council of the scheme, and could exercise presidential mandate in the absence of the council, such powers did not include “discipline, suspension or removal of the Executive Secretary  of the Scheme from office.”

However, in a new letter as released by Sahara Reporters, Adewole has suspended Yusuf indefinitely.

He said the committee has completed its investigation against the NHIS boss and has found him culpable in many areas.

The letter said the committee’s report has been submitted to the president, and while awaiting the president’s decision, the NHIS boss is expected to go on an indefinite leave.

See the letter below; 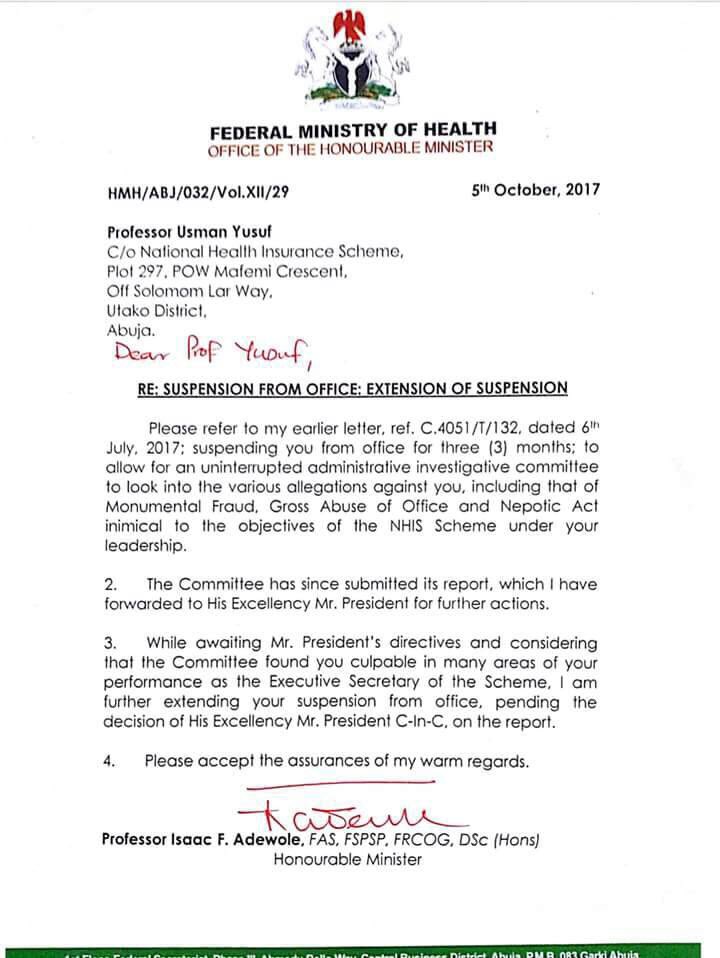 “Davido knew Tagbo was dead but did ...