Two Nigerians, Imrana Alhaji Buba and Adepeju Jaiyeoba have been announced as recipients of JCI Ten Outstanding Young Persons (JCI TOYP) of the year award for 2017. 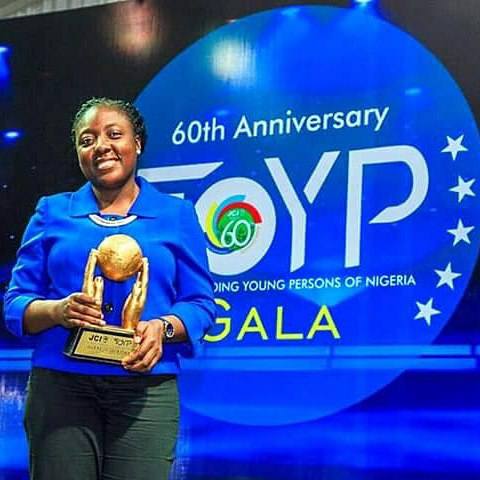 This is the first time in the organisation’s 34 years history that two Nigerians will appear on the global list, which features inspiring young achievers nominated by JCI organisations in over 120 countries, and selected through public votes and a panel of judges.

The remarkable achievement was revealed in a statement released by Junior Chamber International from its St. Louis, United States global headquarters.

Adepeju and Imrana were recently honoured at the JCI Nigeria 60th Anniversary TOYP Gala in Lagos alongside other recipients of the national edition of the awards. The two will later join 8 other global honorees to be celebrated at the 2017 JCI Awards Ceremony on November 9th, 2017 during the JCI World Congress in Amsterdam, Netherlands.

Imrana Buba, an indigene of Yobe State is being honoured for Contribution to Children, World Peace and Human Rights based on his efforts in founding and leading Youth Coalition Against Terrorism (YOCAT), a team of over 600 students, lawyers, health care professionals, educators, development workers, and activists working since 2010 to unite youth against violent extremism in North-Eastern Nigeria.

Adepeju Jaiyeoba, a trained lawyer, is being honoured in the Medical Innovation category for her efforts in addressing the national challenge of inadequate maternal healthcare, through her Brown Button Foundation, which has trained over 60,000 Traditional Birth Attendants (TBAs) on modern medical skills across 33 Nigerian states, touching the lives of 60,000 women and babies.

Junior Chamber International (JCI), a 101 years old organisation present in over 120 countries, uses the Ten Outstanding Young Persons (TOYP) Awards as a platform to identify, recognize and celebrate young professionals under the age of 40, who are doing outstanding work in their various communities and fields of endeavour across the world.