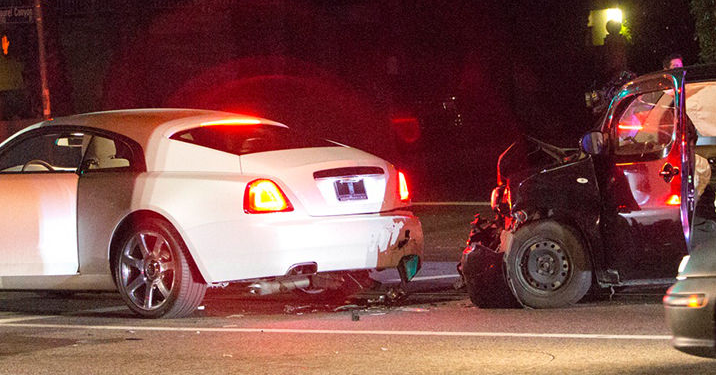 Reality TV star Blac Chyna was reportedly in her white Royce rolls in Studio City, CA around 2:30 AM Saturday when she was hit from behind by an unnamed driver.

According to TMZ reports, she was said to have been picked up by her friend after the paramedics checked her out for about 45 mins.

LAPD officers immediately detained the driver and a DUI test has been administered.