The picture of Rihanna and Lupita Nyong’o that went viral after twitter users created a movie scene out of it is finally going to become a reality.

After an aggressive bid at the Cannes Film Festival, Netflix has won the rights to produce the movie. The movie will be directed by DeVernay while the screenplay would be written by Issa Rae.

The whole idea of the movie was created after a twitter user shared a photo of Rihanna and Lupita at a Fashion in 2014 and captioned it; “Rihanna looks like she scams rich white men and lupita is the computer smart best friend that helps plan the scans,” The tweet received over 96,000 retweets. 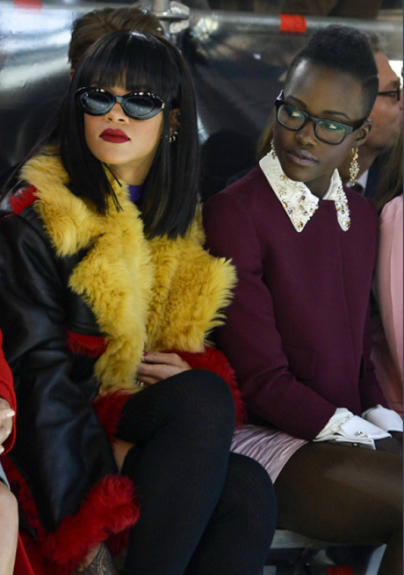 It’s unclear yet as to whether the film will follow the same idea as the initial tweet but it is reported that the original Twitter users who imagined the concept for this film will be credited and included in some form.