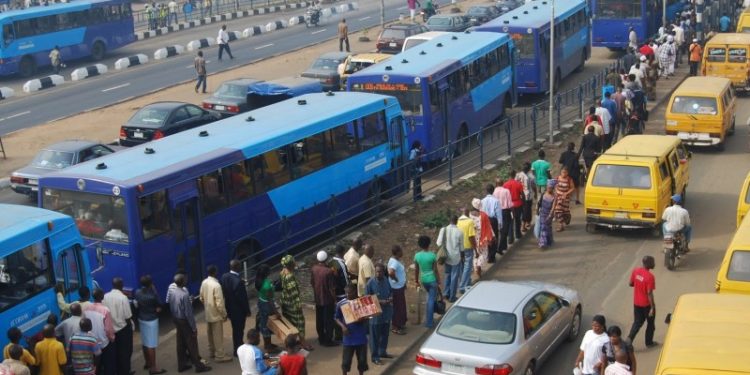 A viral going video is trending a woman who gave birth to a baby boy while on board the Lagos Bus Rapid Transit, also known as BRT.

The good news was said to have happened over the weekend at Fadeyi Bus Stop, Lagos.

According to witnesses, the woman became restless shortly after boarding the bus and soon went into labour.

With assistance from passengers in the bus, she was delivered of a baby boy.