Tecno crowns the effort made by workers nationwide with #MyCXHustle

About two centuries ago, workers in several countries staged a peaceful rally to protest the long man hours spent at work. Though this rally succeeded in setting the pace for a periodic review of workers welfare however, it didn’t pass without some of the protesters losing their lives two days after thereby prompting the Socialists and Communists to declare May 1st (May Day) as International Workers’ Day. 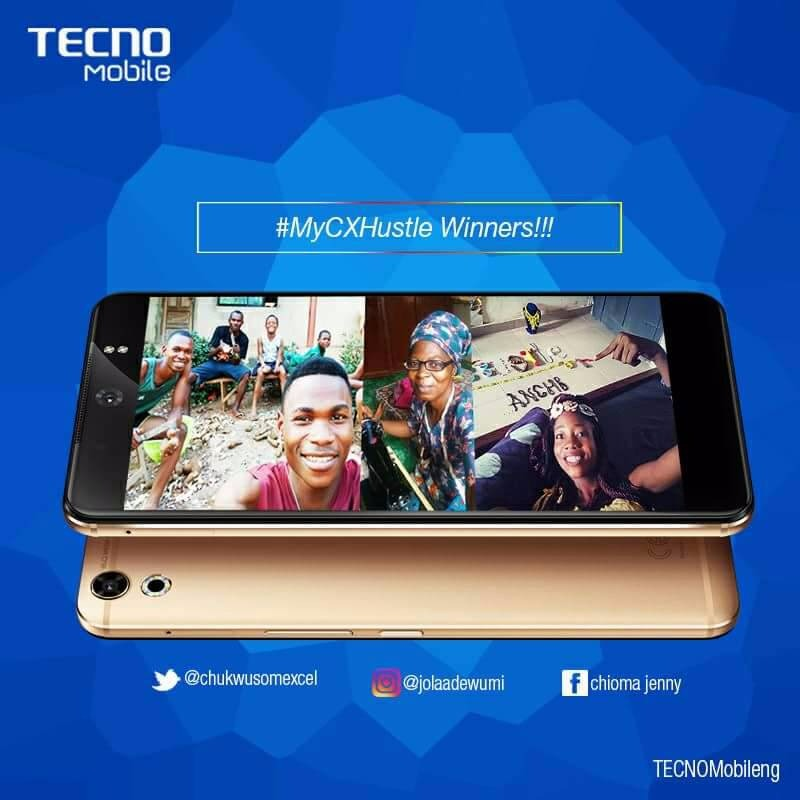 To commemorate with workers’ across the country, Africa’s leading mobile brand – TECNO Mobile embarked on a 6-day activity to reward workers for their dedication and commitment towards nation building amongst other things. The activity which was tagged #MyCXHustle generated a lot of buzz on social media and got a lot of participation from workers nationwide.

The activity which gave Nigerian workers the opportunity to express their creative, fun and interesting work lives in a Selfie showing their work tools after which the images were posted on across various social media platforms for friends and families to like and comment.

Speaking at the end of the activity that took place on TECNO social media page, the Deputy Marketing Manager Digital, TECNO Mobile, Jesse Oguntimehin, said “…the judges were very sensitive in selecting the winners because there were so many competitive entries but as always, the very best were eventually selected”. The activity ran from May 1st – May 5th, 2017 and produced three (3) lucky winners who won themselves a brand new CAMON CX device each.

Congratulations to the winners!!!